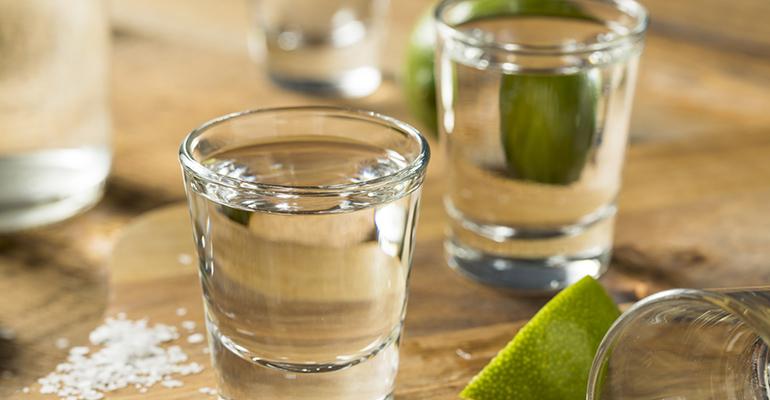 The Mexican spirit is a favorite of bartenders and imbibers alike

Mezcal — smoky, a bit exotic and with a rich history behind it — shows no signs of slowing down as it moves into the mainstream.

“It is without a doubt the haute beverage amongst our clientele, much like rye whiskey was three years ago,” said Fred Jones, bar manager at Barano in the Brooklyn, N.Y., neighborhood of Williamsburg.

“In Williamsburg, the natives have a serious addiction to agave spirits, and I can near guarantee that every restaurant's number one selling cocktail has mezcal in it,” he said.

Bartenders and beverage geeks have eagerly jumped in head-first to show their support for this Mexican spirit that exhibits a sense of place that could never be replicated.

“I love how diverse this spirit is,” said Vincent Favella, bar manager at the Alamo Drafthouse in Brooklyn. “The potential for cocktail flavors is endless, and for anyone interested in history, and a desire to support traditional methods, mezcal is unmatched by any other spirit.”

Favella has seen guests’ fascination with mezcal steadily grow over the past few years. His mezcal-based, “Wise Man” cocktail, made with sage, lime and pomegranate, is one of his biggest sellers. He said he loves discussing the different variations of mezcals, and instructs guests to put descriptors to the flavors they’re tasting.

Mezcal is made from the kingly agave plant, a member of the succulent family, and found in the sub-family Agavoideae, which also includes Yucca and the Joshua Tree. Despite the titillating rumors told in hushed tones, mezcal is not related to mescaline, the hallucination-inducing compound. Sipping it won’t take you on a long, strange trip.

Agave is native to Mexico, the southern and western United States, as well as central and tropical South America. While the plants, also known as maguey, have been cultivated in Mexico for nearly 2,000 years, mostly for use as a sweetener or to make mild alcoholic drinks like pulque, it was really the Spanish who got the distillation craze going in the 1500s.

The best known variety of mezcal is Tequila, but there are key differences between Tequila and its cousins. The biggest ones being the region of Mexico where the individual maguey plants are grown, and the species of agave used to produce the spirit.

Almost all tequila is produced in the Mexican state of Jalisco, and is made from one type of agave species: the Blue Weber. Mezcal, however, can be produced in seven different states, and while many different types of agave are allowed, it is commonly produced from five different species. Typically close to 90 percent of any given mezcal is made from the Oaxacan variety, Espadin. Different varieties of plants, combined with subtle climatic differences, will also impact the final flavors.

In terms of production, on average, a maguey will take eight to twelve years to reach full maturity, at which time, the agave farmer, or jimador, identifies the plants best suited for production, and then begins harvesting them one by one, and by hand. It’s tough work.

Each outer leaf is removed with a sharp tool, eventually leaving behind the heart of the plant, the piña. The piñas are cooked in stone-lined, wood-fired pits in the ground, often for two to three days, leading to the classic smoky flavors in the spirit.

The roasted piñas are then crushed with a stone grinding wheel, often pulled by a donkey. Water is added, and the concoction is left to ferment. Then the mildly alcoholic “wash” is distilled twice in copper stills. Each mezcaleria has a unique process, leading to variations in the final spirit’s flavor profile.

At Barono, Jones said he is seeing sales and interest for mezcal skyrocket.

“I love the smoke,” he said. “And its versatility can add savory and vegetal elements to my cocktails, as well as sweetness, smokiness and an alcoholic oomph to everything it's mixed with.”

Due to their rarity and high-production costs, mezcals can get expensive, especially those made from varieties of agave that grow wild, such as Tobalá and Tepeztate, which can take 30 years to reach maturity. Those can sell for hundreds of dollars per bottle. For bars and restaurants looking to serve great mezcal cocktails, but also looking for cost-effective recipes, Jones recommends buying multiple cases of product to get price breaks, as well as looking at the ratios of mezcal to other ingredients in each drink.

One way to cut costs is to blend mezcal and tequila together, as the latter can often be of high quality, but significantly cheaper. They pair very well together, and Jones often will try a three-to-one mixture, with mezcal being the dominant player, to keep its unique flavors front-and-center.

David Flaherty has more than 20 years experience in the hospitality industry. He is a certified specialist of wine, a certified cicerone and a former operations manager and beer and spirits director for Hearth restaurant and the Terroir wine bars in New York City. He is currently marketing director for the Washington State Wine Commission and writes about wine, beer and spirits in his blog, Grapes and Grains.