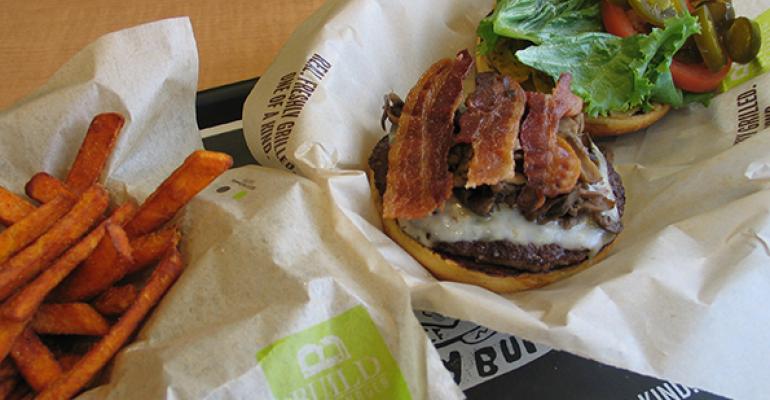 “Create Your Taste” to be offered at up to 2,000 locations next year

McDonald’s Corp. will expand its “Create Your Taste” test of customizable sandwiches to as many as 2,000 locations next year in an effort to turn around weak sales.

The company has been working on a customizable platform for about a year, as sales have fallen and both investors and franchisees have grown restless.

“We are experiencing transformational times in our industry and with consumers, and this current business environment requires change,” Mike Andres, president of McDonald’s USA, wrote in an October email to franchisees. “What has worked for McDonald’s U.S. for the past decade is not sufficient to propel the business forward in the future. We need to focus on the customer and make decisions based on what they want — and we can’t just say that, we must actually do it.”

USA Today first reported the expansion of the test Sunday. A McDonald’s spokeswoman confirmed the extension.

Create Your Taste was first tested last year in West Coast markets. The platform will be expanded this month to include 30 restaurants in California, Illinois, Wisconsin, Georgia, Missouri and Pennsylvania, and will include chicken sandwiches in addition to the burgers in the original test.

The initiative lets customers order a burger or a chicken sandwich of their own creation, using touchscreen kiosks.

The build-your-own platform is one of a handful of strategies McDonald’s is using to turn around its U.S. business, which has struggled this year amid intensifying competition. Same-store sales have fallen 2.3 percent in the U.S. so far this year, including 4.6 percent in November, its worst monthly performance in more than a decade.

The customization effort takes direct aim at fast-casual competitors like Chipotle Mexican Grill and Five Guys Burgers and Fries, which let diners customize their orders. With its test, McDonald’s intends to give customers the ability to order exactly the type of burger they want, and to attract more dine-in customers and those willing to wait a bit longer.

But the test comes amid concerns that McDonald’s menu has become bloated and overly complex, impacting service speed.

“They continue to add more items (and admittedly will add more) even though they talk about reducing the menu,” a franchisee complained in an October survey by Janney Capital Markets analyst Mark Kalinowski.

Speed and value “have been stumbling blocks” for the chain, Jefferies analyst Andy Barish wrote in a note Monday. He said the focus on both improving speed and value while introducing the build-your-own concept “seems contradictory.”

Yet John Gordon, a San Diego-based restaurant consultant, suggested that McDonald’s needs to take such a risk to reverse sales trends. In fact, he said the chain should have tried customization earlier.

“They’re very late,” Gordon said. “The customization trend has been apparent for at least the last 10 years. It’s unfortunate that McDonald’s is so late. The environment now is full of competitors that have marched down that aisle even faster.”