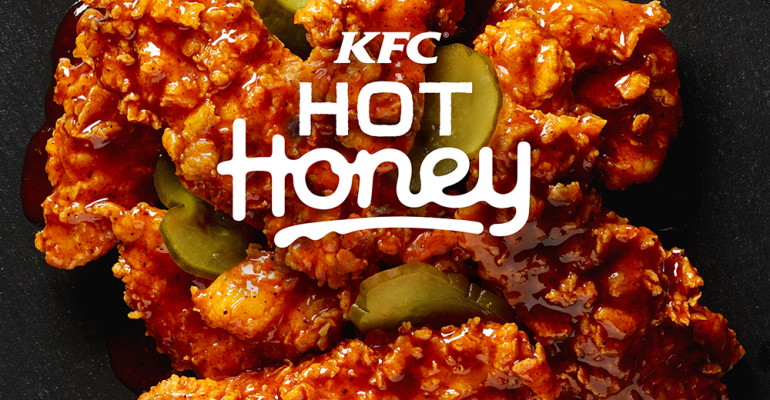 When Andrea Zahumensky stepped in as CMO of KFC U.S. in December 2017, the brand’s so-called re-colonelization effort was well underway.

KFC was back in the conversation and thriving. Same-store sales for the Yum Brands division were up 3 percent in 2017 and 2 percent in 2016.

Related: The re-colonelization of KFC 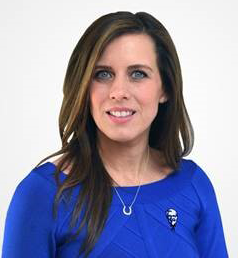 Zahumensky (left), a former marketing executive at Procter & Gamble, took over for turnaround architect Kevin Hochman after he was promoted from CMO to president and chief concept officer for KFC U.S.

Zahumensky said she is taking KFC to the next level with a strategy that promises better brand access, playful iterations of Colonel Sanders and the introduction of cult-favorite foods.

“We’re far enough along in our brand story to step up our innovation,” she said during a recent interview with Nation’s Restaurant News. “I’m coming in and building on [Hochman’s] strategy. My job is to put my own twist on it.” 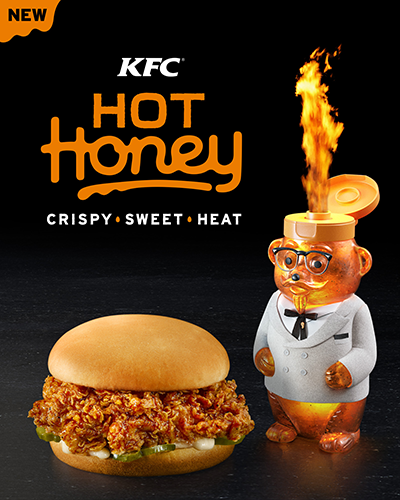 For Zahumensky, the biggest twist of the year, so far, was introducing KFC’s first “cult” flavor: the Pickle Fried Chicken.

It was one of several LTOs and buzzworthy market tests landing on the menu this year. The Pickle Fried Chicken set itself apart because it was an odd but craveable menu item that was only around for six weeks, she said.

Could the Pickle Fried Sandwich be KFC’s version of the McRib. Time will tell. But one thing is clear: Customers couldn’t get enough.

“Customers really got excited about it and into it,” she said.

Other LTOs have included the Double Crispy Colonel, a test of Chicken & Waffles in North Carolina and the most recent LTO: the Hot Honey. That item is a mashup of spicy heat and sweet flavor that’s being pitched by KFC’s latest Colonel Sanders: a bespectacled bear-shaped honey bottle in the Colonel’s signature attire.

“We're bringing the flavor to life in a fun way, with our cutest — and feistiest — Colonel yet," Zahumensky said in a statement.

Hochman resurrected the Colonel with the brand’s reboot a few years ago.

Zahumensky said it is her job is to be unconventional with the Colonel, and making him a bear, fits right into that element of surprise, she said.

“We pride ourselves on being unexpected,” she said. “I don’t think anyone expected us to launch Colonel Honey Bear.” 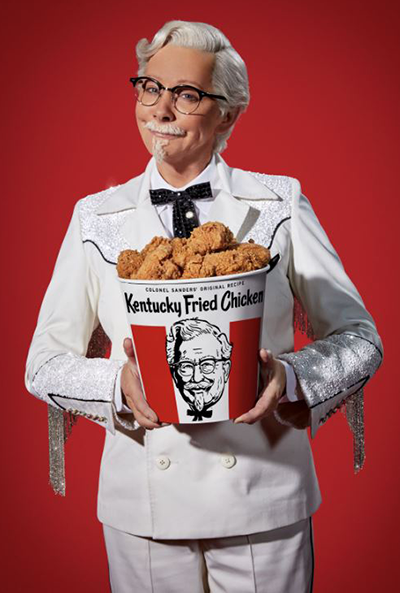 Besides boosting menu innovation by looking at the hottest trends, KFC is focused on making the brand more accessible, Zahumensky said.

Earlier this year, KFC partnered with third-delivery operator Grubhub to have its food delivered in 1,000 of its restaurants, or about a quarter of the chain’s system.

“We’re excited about making sure customers can get to KFC in ways that they want to,” she said. “We want to be a brand they can get on their terms.”

The company is also testing a “click and collect” option in a few stores in their home base of Louisville, Ky. The pilot program allows customers to order on Grubhub, and pick up their food at the restaurant.

Zahumensky is also trying to put the brand in front of consumers in unexpected places.

Earlier this year, KFC hosted a Facebook live stream featuring the Colonel as an “interactive Cat Climber,” in an exercise that Adweek called “puzzling, yet strangely on brand.”

Kittens climbed and pawed at an animatronic Colonel-shaped climber that even featured dangling drumstick toys instead of balls of yarn. More than 700,000 people tuned in for the four-hour live stream. And two cats were adopted afterward.

The Colonel also made a summer appearance on the long-running ABC soap opera General Hospital. During the 8-minute segment, the Colonel, played by go-to actor George Hamilton, handed the brand’s secret recipe to one of the stars of the show. A bucket of KFC was visible to viewers, and the soap stars grazed on plates of fried chicken and biscuits during the scene.

“It was a way to connect with consumers in what they’re doing already. It doesn’t interrupt,” Zahumensky said of the paid product integration.

And, that’s ultimate goal: to pop-up in unexpected places and remind customers what KFC stands for — the Colonel and his values.

“He talked about doing things the hard way,” she said. “We call it re-colonelization.”

So what’s next, or who’s next, for the brand’s beloved pitchman?

“Stay tuned,” Zahumensky said. “The best is yet to come.”