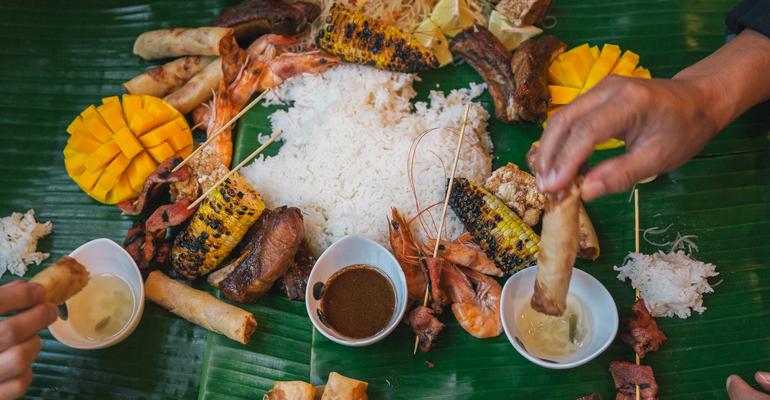 3 menu trends that will still be popular in 2018

These trends were hot on menus last year, and will still be hot next year

Which food trends from the past year will stand the test of time in 2018? Look back at trends that were hot on restaurant menus last year and are well positioned to grow in the coming year.

Long called the next big thing, Filipino cuisine, with its balance of sweet, salty and acidic flavors, finally hit the mainstream in 2017.

Among the new generation of Filipino-American chefs who have helped popularize the cuisine is Dale Talde. Talde is a Filipino-American “Top Chef” alum and the man behind the Talde restaurants in Brooklyn, N.Y., Jersey City, N.J., and Miami Beach, Fla., as well as Massoni in New York City and Atlantic Social in Brooklyn. He has been increasingly and unapologetically serving the foods and flavors he grew up eating.

“I’m finding my flavors, my power, my point of view,” Talde said last year. “Now I’m more serious about what I do. I care. Now you’re seeing that on a plate.”

Also helping to push Filipino food forward were the chefs that opened Filipino-focused restaurants in 2017, including Perla in Philadelphia by chef Lou Boquila, a native of the Philippines, and Bad Saint in Washington, D.C., by Filipino-American chef Tom Cunanan.

Additionally, with more consumers following vegan or gluten-free diets, Filipino cuisine’s general lack of dairy and gluten is another reason it’s likely to continue to grow. Various pickles and pickling techniques are featured in the Tsukemono Board at Departure Restuarant + Lounge in Portland, Ore.

Pickles grew by double digits on restaurant menus in 2017, according to Datassential, in part due to chefs who are passionate about applying the age-old preservation method to just about any vegetable or fruit.

Chef Troy Guard, chef and owner of Denver-based TAG Restaurant Group, is so into pickles that he created an entire pickling bar at his newest concept, Mister Tuna. The restaurant’s pickling wall showcases rows of housemade jars of pickled vegetables and fruits, from cucumbers and kohlrabi to lemons and rhubarb. Guard also offers pickled items on many of the menus at his seven other concepts.

Other restaurants plied pickles at the bar last year, concocting cocktails made with pickling juice. Among them were Sable Kitchen & Bar in Chicago, which served the Traveler’s Terrace, a riff on the Perfect Manhattan that includes pickling juice in the recipe. Nick & Toni’s in East Hampton, N.Y., which offered an array of pickled items on its DIY Bloody Mary cocktail board.

Fried pickles also took hold on restaurant menus, making a major contribution to the growth of pickles on menus. For example, American Whiskey in New York City offers a starter of fried cornichons with (f)ranch dressing (a buttermilk dressing with tarragon, dill and chervil), and Dallas-based Super Chix pairs fried pickles with select sandwiches. Sports-themed restaurants, including chains such as Chili’s, Texas Roadhouse and Buffalo Wild Wings, have also been serving up the fried pickles. Now that most consumers know, can pronounce and even love quinoa, they’re craving more. Last year, chefs gave them more dishes with quinoa, as well as with less familiar grains, such as amaranth, barley and farro.

The popularity of quinoa in salads and sides at California-based chain Sharky’s Woodfired Mexican Grill last year prompted the more than 20-unit chain to add to its menu a Roasted Veggie Bowl, made with organic baby greens, organic quinoa, organic black beans and roasted organic vegetables with a walnut-cilantro pesto. Guests’ growing interest in quinoa also inspired the chain to begin exploring other whole grains, including farro, tuxedo barley and black rice, to add to other dishes.

Ancient grains are a natural fit for chef Mike Isabella's Greek restaurants Kapnos, Kapnos Kouzina and Kapnos Taverna located in and around the Washington, D.C. An ancient grain salad is paired with many a dish, including spit-roasted lamb and whole lamb shoulder.