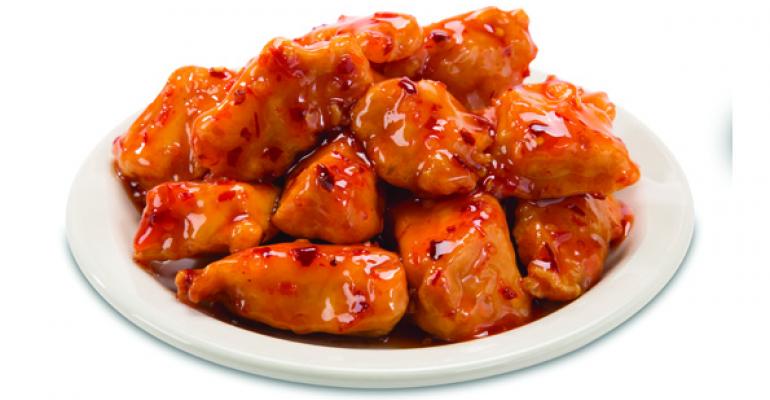 Wing Zone has launched Skinny Dippers, a boneless, unbreaded version of their chicken wings that the company hopes will bring more female customers into stores.

“Generally, wings are seen as the guy’s meal while watching the game,” said Dan Corrigan, marketing manager at Atlanta-based Wing Zone. “This is healthier than regular boneless wings because it’s unbreaded.”

Skinny Dippers are made from chicken breast that is portioned into wing-sized pieces, deep fried, and then flavor-fused with one of Wing Zone’s sauces. They come in the same 17 flavors as Wing Zone’s regular wings and are offered with the same dipping sauces, Corrigan said.

The Skinny Dippers are currently available at Wing Zone locations. However, the company will begin promoting them in ads beginning on Jan 14. Corrigan said Wing Zone chose to launch the product in January because the company wanted to make sure it was released in advance of Super Bowl Sunday. 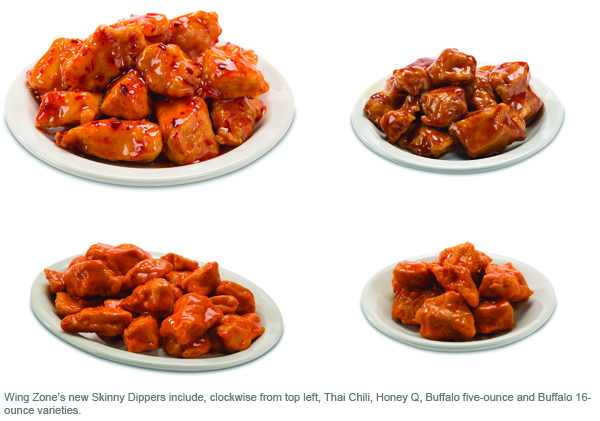 “We also figured this was a great way to start the New Year,” he said. “This looks and obviously is healthier than original wings or boneless wings. We figure this is the perfect time to get those people who are watching their weight or are looking for healthier options.”

He added, “We have lots of new, fun creative that’s about ‘going naked’ with skinny dippers."

This is the first time Wing Zone has launched such a wing product, according to Corrigan. “This is unique to the wing industry,” he said. “I personally haven’t ever seen a boneless, unbreaded product.”

Wing Zone has 67 locations, eight of which are international.