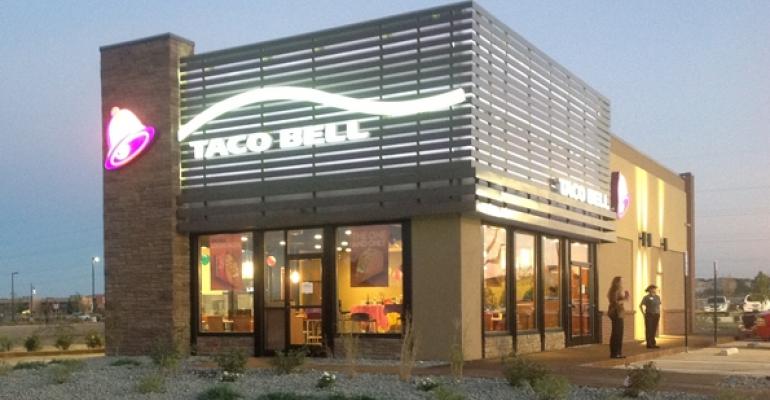 Taco Bell is testing the new menu in some California and Tennessee restaurants.

Taco Bell is testing a new $1 Cravings menu in California that could represent a shift in the quick-service chain’s value offerings.

The quick-service chain is testing the menu in 55 restaurants in the Fresno, Calif., market, and in 37 units in Knoxville, Tenn., Taco Bell vice president of marketing Chris Brandt said Friday. The goal is to offer a value-positioned lineup of savory and sweet “craveable tastes” that consumers seek at Taco Bell.

The move follows a growing number of value-menu tweaks among various quick-service players. January is often a month when promotions focus on value, with customers cash-starved after the holiday shopping season, Brandt said.

Value and convenience are “the tenants of QSR,” Brandt said. Taco Bell is known for value, — “Ask any college student,” he said — but the new Cravings menu is an attempt to highlight the flavors guests crave from the chain.

With a mix of new and existing items on the current “Why Pay More?” value menu, the $1 Cravings menu puts dishes in specific categories.

For example, a new Beefy Cheesy Burrito appears under a “beefy” category. The “cheesy” category includes a Cheesy Roll-Up, a rolled-up version of a quesadilla; as well as a Cheesy Bean & Rice Burrito.

A Spicy Chicken Mini Quesadilla — a new item that Brandt called the hero of the lineup — appears in the “spicy” category, as well as a new Spicy Cheesy Roll-Up.

The chain’s existing Triple-Layer Nachos and Tostada are featured in the “crunchy” category, and its signature Caramel Apple Empanada and Cinnamon Twists appear under “sweet.”

A Cravings Combo portion of the menu offers various $1 Cravings menu items with the addition of a bag of Doritos and a medium drink for $2.49.

Brandt said the test is still in its early phases, but the chain intends to maintain its mix of value-positioned and premium menu offerings. The latter includes the Cantina Bell menu, developed last year by celebrity chef Lorena Garcia, with items approaching $5. That menu was designed to “make Taco Bell more relevant,” he said.

Taco Bell has also been developing more snack items for its menu, which have appeal from a value standpoint. In December, Taco Bell rolled out a new appetizer-inspired menu called Loaded Grillers with a limited-time price of 99 cents for some items. The Grillers were designed to replicate the flavors of favorite appetizers such as potato skins, nachos or Buffalo wings in a portable form “that doesn’t have to be shared,” Brandt said.

In November, the chain expanded its dessert menu with a new churro for a recommended 99 cents, and a cookie sandwich for a suggested $1.29, which joined the signature Caramel Apple Empanada and Cinnamon Twists on the value menu. Taco Bell has also tested snack items for a Happier Hour promotion that runs from 2 p.m. to 5 p.m., but that effort is still under construction, Brandt said. “There’s more to come there,” he said.

Wall Street analyst Mark Kalinowski of Janney Capital Markets wrote in a report Friday that a move by Taco Bell to promote the $1 price point is a smart idea, especially considering competitors' moves. “Quick-service competitor McDonald’s recently switched to better promotion of its Dollar Menu, which we believe is a main reason that McDonald’s November U.S. same-store sales meaningfully outperformed consensus (and one reason why we believe that McDonald’s will do so again when they report December U.S. same-store sales on Jan. 23),” Kalinowski wrote.