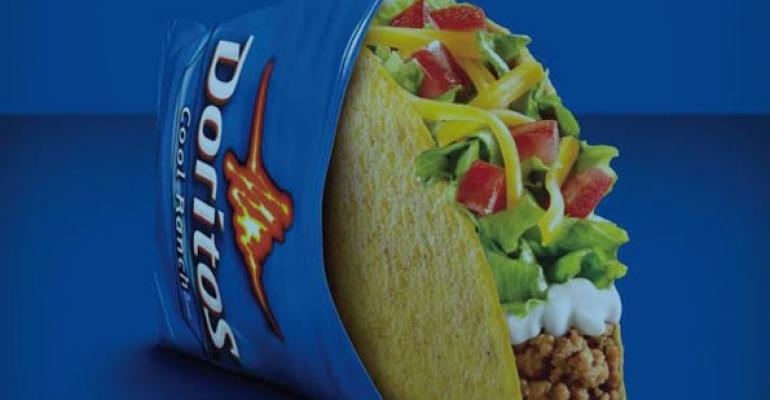 The brand introduced the new menu item with a six-second Vine video posted to its social media channels — a first for Taco Bell.

Social and digital media have been key components of marketing Doritos Locos Tacos, which debuted in March 2012 in the Nacho Cheese flavor and has since become the chain’s most successful product launch.

Irvine, Calif.-based Taco Bell Corp. chief executive Greg Creed said in a statement Wednesday that there has been enormous interest in the new Cool Ranch flavor and, “people are wondering why it took so long.” 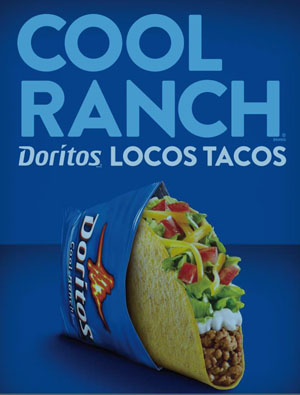 Taco Bell had originally planned to launch the Cool Ranch flavor in 2012, he noted. “However, the demand for Nacho Cheese Doritos Locos Tacos was so strong that we worked closely with our partner Frito-Lay to increase our capacity and meet the needs of both Doritos Cool Ranch and Nacho Cheese fans,” he said.

The Cool Ranch flavored shell has been in test for about six months in units in Toledo, Ohio.

The new tacos will be priced at a recommended $1.39, or $1.69 for a Supreme version with reduced-fat sour cream and diced tomatoes — the same price as the Nacho Cheese version but about 30 cents more than a traditional Crunchy Taco. Guests can also purchase a $5 Buck Box with a Doritos Locos Taco Supreme, a Burrito Supreme, a Crunchy Taco and a medium fountain drink.

The new Cool Ranch flavor will be supported by what Taco Bell calls its largest marketing campaign in history, topping the launch of the Nacho Cheese taco shells last year. Specific details on the campaign have not yet been revealed. However, Yum officials said in February that Taco Bell is shifting advertising paid for by franchisee contributions to a marketing fund to national TV ads.

Meanwhile, Taco Bell is testing a Flamas Doritos Locos Tacos flavor, which has a chile-lime twist.

Parent company Yum! Brands Inc. reported that 325 million Doritos Locos Tacos were sold during the fiscal year ended Dec. 29 — more than there are people in the U.S., noted Richard Carucci, the company’s president, during a fourth-quarter earnings call to analysts in February.

The new product launch, along with the 5,600-unit chain’s Cantina Bell menu, is largely credited with sparking a same-store sales increase of 8 percent for the year at Taco Bell’s U.S. restaurants.

“In the quick-service industry, we think it’s a good enough economy where if we have the right innovation, the right value, we will be successful,” Novak said.