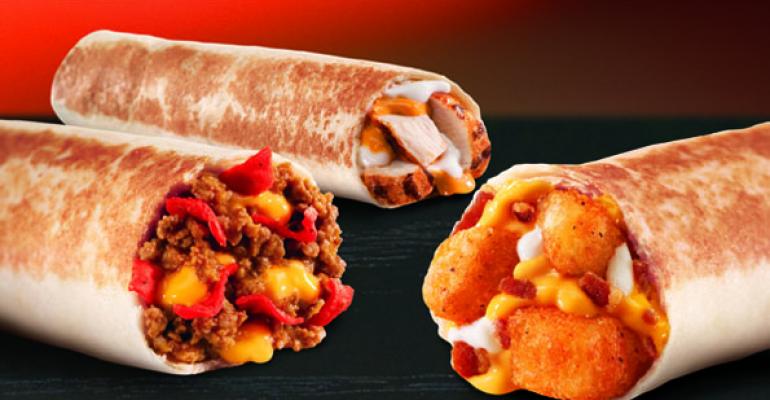 Quick-service players such as McDonald&#39;s, Taco Bell and KFC focus on snacking dayparts

As more consumers look to satisfy cravings while they are on the go, restaurants, particularly those in the quick-service segment, are aiming to meet that need with convenient, value-friendly snack items.

Consumers' desire for craveable, value-oriented menu items at nontraditional meal times is steadily gaining popularity and causing restaurants operators to look for ways to build checks while meeting demand, according to restaurant research firm Technomic. The quick-service segment uses the term “snack” most often on its menus, according to menu research firm Datassential, and is coming up with a variety of new menu items to grab its portion of the growing market.

Here's a look at what some of the top quick-service chains are doing to meet customer demand for snacks.

In December, the brand launched an appetizer-inspired menu item called Loaded Grillers, which features three grilled snack wraps inspired by popular appetizer flavors: Loaded Potato, Beefy Nacho and Loaded Buffalo. The new items, which started at a limited-time price of 99 cents, were designed to build upon Taco Bell’s line of savory snack options, which it began testing in November. Those items were rolled out with new desserts and included XXL Steak Nachos, a Double Steak Quesadilla and a Smothered Burrito. 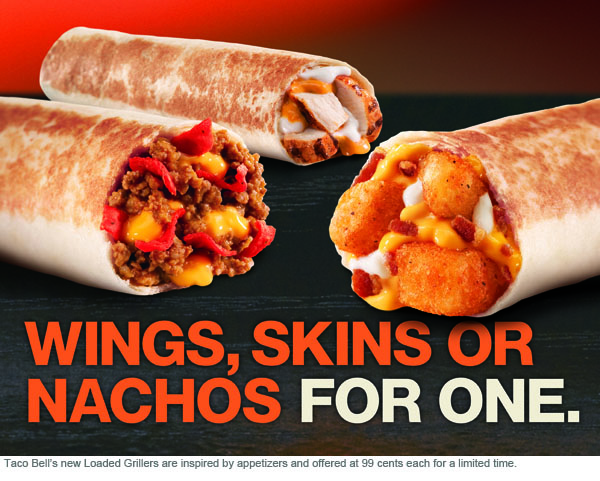 Most recently, Taco Bell began testing a $1 Cravings menu at 55 restaurants in California. Items include a Spicy Chicken Mini Quesadilla and a Beefy Cheesy Burrito, and are an attempt to highlight flavors guests crave from the chain, said Chris Brandt, vice president of marketing at Taco Bell.

McDonald’s is also looking to attract consumers with what it calls “value plan energizers.”

The largest quick-service restaurant company debuted Snack Size Fish McBites and the Grilled Onion Cheddar Burger on the brand’s Dollar Menu at the end of 2012 accompanied by a national advertising campaign.

Earlier this month, the brand also said it would extend its test of Mighty Wings in the Chicago market, a move that may indicate an eventual national rollout of the chicken wings, according to one analyst.

KFC incorporated a digital marketing strategy when targeting the snack market with the launch of its Chicken Littles sandwich in September.

The Chicken Littles, which is an update on a similar sandwich the chain sold more than 20 years ago, is a slider-size sandwich that contains one Extra Crispy Strip, pickles and the Colonel’s Mayo. It is sold a la carte for $1.29, or in a $5 combo including two sandwiches, a side item and a medium drink.

To promote the item, Louisville, Ky.-based KFC teamed up with comedy website CollegeHumor.com for a contest called “A Little Workplace Humor,” in which viewers can submit stories of their favorite office pranks for a chance to win a $5,000 grand prize. KFC is also sponsoring three episodes of the “Hardly Working” Web series on CollegeHumor.com.