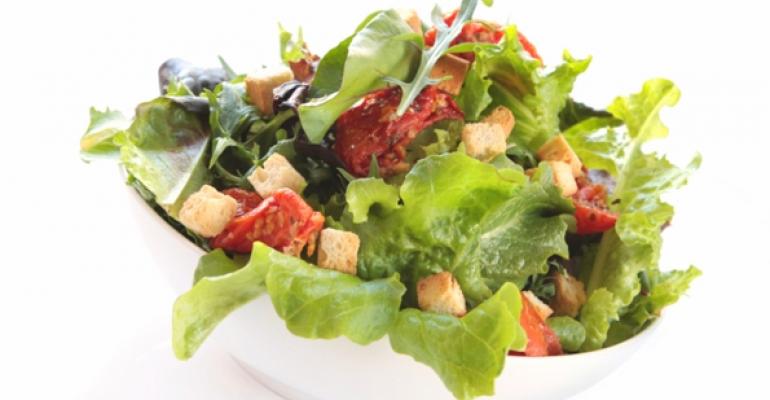 As summer approaches, restaurants that offer light, fresh menu items see orders spike as temperature rise, according to the latest data from GrubHub.

The Chicago-based online ordering service cross-referenced two years of GrubHub order data with National Climatic Data Center statistics to compare order volume in “hot” and “cold” weather, which was defined on a city-by-city basis and based on temperature approximately one standard deviation higher or lower than the year-round average. National trends were based on an analysis of combined orders placed in Chicago; New York City; Washington, D.C.; Los Angeles; San Francisco; Boston and Philadelphia over a two-year period.

“The seasonality of ingredients plays into menus across the country, so we were interested to see if temperature affected takeout orders in a similar fashion,” Mike Evans, GrubHub co-founder and chief operating officer, said in a statement. “Our findings suggest a definite relationship between temperature and food choice.”

When broken down by city, the type of menu offerings that sparked a spike in warm weather order volume varied, but remained under the better-for-you umbrella. In San Francisco, diners are almost 50 percent more likely to order from restaurants serving low-carb options.

The data also found that cuisines such as Chinese, Thai and Indian are more popular in colder months. Orders at restaurants serving sandwiches, sushi, dessert,

vegetarian and Mediterranean cuisines tend to remain steady throughout the year, regardless of the temperature.

GrubHub is available in more than 500 cities in the U.S. and features more than 20,000 online ordering restaurants.