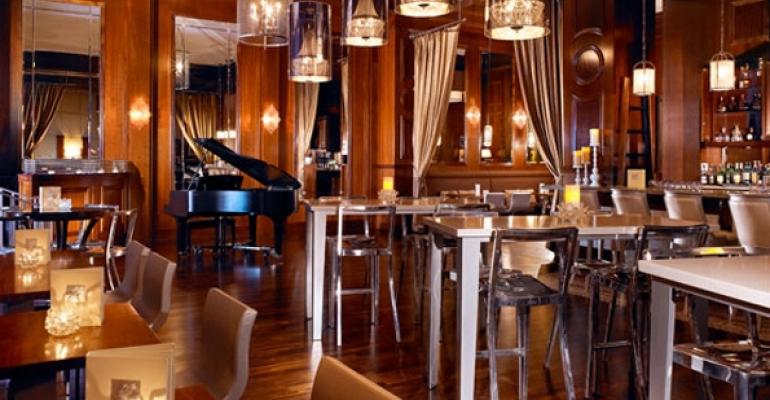 Grant Grill Lounge in San Diego serves cocktails that are fermented in bottles, lending them the fizziness of Champagne

Unique bottle-conditioned cocktails with the spirit and spritz of Champagne are customer favorites at the Grant Grill Lounge, a mecca for innovative mixology at the US Grant Hotel in San Diego.

An example is The Mule, a marriage of vodka, ginger, muscat and Cascade hops that updates the classic vodka, ginger beer and lime Moscow Mule. It gets fizz and a flavor boost from a secondary fermentation inside the bottle, similar to the way traditional Champagne is made, and in contrast to the trendy sparkling Negronis and Manhattans other barkeeps make with a CO2 canister or fountain-drink carbonator.

“It pours like Champagne, but it’s a cocktail,” said Jeff Josenhans, the hotel’s head mixologist and certified sommelier. “It has a lot more complexity and a certain softness. You get an aromatic element that you wouldn’t necessarily get in a cocktail, and a tiny bit of that toasty note, too.”

Served in an antique coupe glass and priced at $12, the Mule is the lounge’s second-best-selling cocktail and is especially popular among female customers. “I think that is because it looks like Champagne,” Josenhans said. “But at the same time, it has hops and ginger in it, so guys like it as well.”

Josenhans spent nine months perfecting the process, which he calls cocktails sur lie, a French term for aging on the lees, or the spent yeast cells in the bottle. Lacking a precedent for Champagne-fermented cocktails, his early experiments had mixed results, including some exploding bottles.

“I would challenge anyone carbonating cocktails to take on the Champagne method,” said Josenhans. “It’s like a Pandora’s box. It’s very complicated.”

He was able to surmount the hurdles and realize his creative vision by collaborating with Middle Ridge Winery of nearby Temecula, Calif. The winery provided the technical expertise and equipment for fermentation and other critical steps like disgorgement, removing spent yeast by flash-freezing the neck of each bottle and ejecting a plug of ice and yeast, and dosage, topping up the bottles with muscat juice and vodka to fine-tune flavor and potency. The product ends up at about 16-percent alcohol. 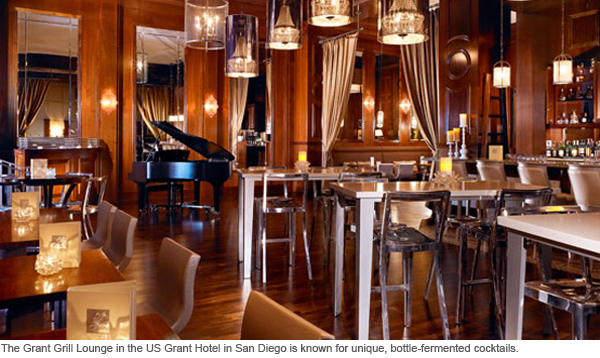 “I don’t know of anyone else doing this, and I have been researching it,” Josenhans said. “It is a massive undertaking.”

The winery also guided him through the complicated government approval process. “You are producing alcohol in the bottle, so you couldn’t legally do this in your bar,” he explained.

Other bottle-fermented creations to his credit include La Grenade, made with Cognac, hibiscus tea, pomegranate juice, bay leaves and black pepper, and the Cosmopolitan Elevated, a new offering with macerated fresh cranberries and lime-blossom honey planned for Valentine’s Day.

Another Grant Grill Lounge signature is the US Grant Centennial Manhattan, a barrel-aged cocktail launched in honor of the hotel’s 100th birthday. Josenhans partnered with an artisan distillery to age his recipe in American oak for exactly 100 days then bottle it to halt the aging. The libation is priced at $15.