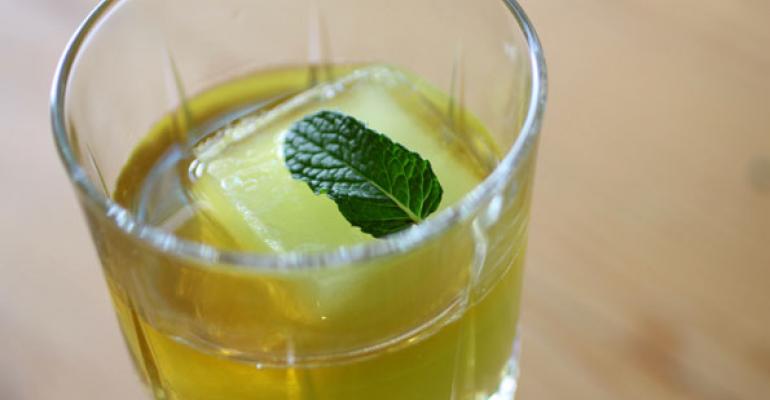 Some mixologists are brushing up on Asian flavors and ingredients, exploring an exciting new palette for painting the cocktail.

They are splashing that quintessential American art form with shades of umeboshi, tamarind, kimchi, jackfruit and Szechuan peppercorns. They are stirring the mix with sake, shochu and Japanese whisky along with Western spirits. For them, Asian-inspired libations are a fresh current in mixology that follow the global cuisine and street food trends and appeal to customers eager for something new.

For example, take the cocktail program of Pabu, a Mina Group restaurant in Baltimore with an updated take on the izakaya, or Japanese pub. It opened a year ago with a cocktail list seeded with drinks like the Classic Lolita, a takeoff on the Old Fashioned made with 12-year-old Japanese whisky and Okinawan sugar, and the Super X, a medley of sake, Lillet Blanc, yuzu juice and house-made falernum.

Libations like those were intended to bridge the gap between East and West, or as beverage manager Tiffany Soto put it, “to take you by the hand and bring you along gently” to Japanese whisky and sake.

Today, those drinks are Pabu staples. But the bar now also has creative seasonal cocktails like Keiba Yutaka, a riff on the Mint Julep made with bourbon, ginger liqueur and a mint-flavored ice cube, and Maiko Onee, with shochu, red grapefruit liqueur, yuzu, lemon and bitters.

“When we first opened, people loved the cocktails, but they weren’t the reason they came,” said Soto.  “Now, I think more people are coming in because they hear about the cocktail menu or the sake program. It’s not just the food that is bringing them in anymore.”

An example of the lengths that mixologists go to impart authentic Asian sensations is the umeboshi tincture that Alex Bachman, beverage manager of Yusho, a restaurant in Chicago specializing in yakitori and other grilled street foods, makes for the Mai Buum, a white rum, gin and orgeat cocktail.

The tincture is the essence of umeboshi, a Japanese fruit related to both the plum and apricot that’s dried, cured and macerated in neutral grain spirits and doled out with an eyedropper to season the drink.

“It has a very distinctive briny, red fruit character, and to me it adds that umami characteristic that people talk about in Japanese food,” said Bachman.

Similarly, Bachman prepares a syrup of tamarind pods, an Asian ingredient with high acidity and nuances of apricot, to enliven Soothed Wounds, a combo of artisanal California brandy, Trinidad rum and orange liqueur.

“It’s always interesting when you can create acidity in a cocktail with things like tamarind or rhubarb and not always rely on citrus,” said Bachman.

Several mixologists agreed that Asian cocktails are appealing in part because they are a fresh alternative to the classic cocktails that have been widely promoted in recent years.

“Prohibition cocktails have been done and done over again,” said Camille Austin, bar manager at Hakkasan New York, a modern Chinese restaurant and part of the international Hakkasan group. “Asian is the new trend.”

“Everyone is still on the same old-world style cocktails, and there is a place for that,” said Danielle Pizzutillo, bar manager of Embeya, a progressive Asian restaurant in Chicago. “But there are so many cool, new flavors and techniques, and with food stands growing, there is a demand for the creative and exotic.”

Sato Zuke, Japanese for candied ginger, is a Pizzutillo specialty. Essentially a twist on the Moscow Mule, it has gin for backbone, housemade ginger beer for sparkle and zest and Chinese Five Spice syrup for sweetness. Her Death of Reposado features Thai chile-infused reposado tequila, yuzu and a meringue-like crown made by dry-shaking the drink with egg white. It’s garnished with a fresh shiso leaf.

All fun aside, one challenge that operators typically face before delving into authentic Asian cocktails is sourcing the ingredients of the region, especially the unusual fruits and herbs and better spirits.

“It took us seven months to get all the Japanese whisky we need to run a whisky program for the year,” said Pabu’s Soto. “You have to be willing to put in the work to do that.”