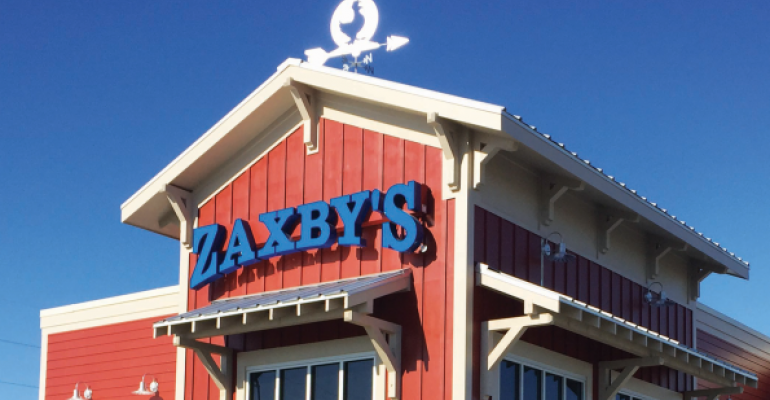 Celebrating the 25th year since opening its first restaurant, Zaxby’s Franchising Inc. ranked No. 10 in growth of U.S. systemwide sales in the Latest Year, increasing 15.8 percent.

The Athens, Ga.-based LSR/Chicken chain also increased its unit count 10.3 percent in the Latest Year, reaching 726 restaurants from a Preceding-Year count of 658 locations. The company ended the year with 128 company-owned units and 598 franchised restaurants.

Zaxby’s was another examplar of the solid Chicken segment, which rose to 8 percent percent of total Top 100 sales in the Latest Year, from 7.7 percent the Preceding Year.

In the Top 100 census, the company rose to No. 43 in the Latest Year, based on U.S. systemwide sales rankings, from No. 45 the Preceding Year.

Founded in 1990, Zaxby’s markets itself as “an alternative to fast food.” It serves chicken tenders, traditional and boneless wings, sandwiches, salads and appetizers. Zaxby’s offers nine sauces to go with the tenders and wings, ranging in spiciness from Wimpy and Tongue Torch to Nuclear and Insane. 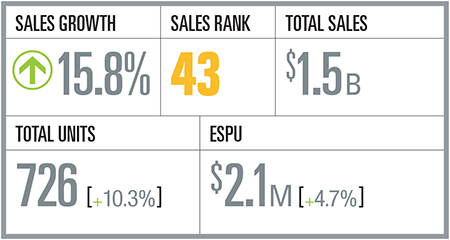 Expansion outside the Southeast. While Zaxby’s was expanding outside of its home base, the company saw opportunities to fill in existing markets. Zaxby’s opened it 700th restaurant in Charlotte, N.C., in August 2015. In a statement, Tony Townley, Zaxby’s co-founder and executive vice president, said: “Although Zaxby’s is expanding outside of the Southeast, we’re excited to continue adding locations in the Charlotte market, especially because it’s close to home. This area has been very good to us, and we’re proud to serve these loyal customers and their communities.”