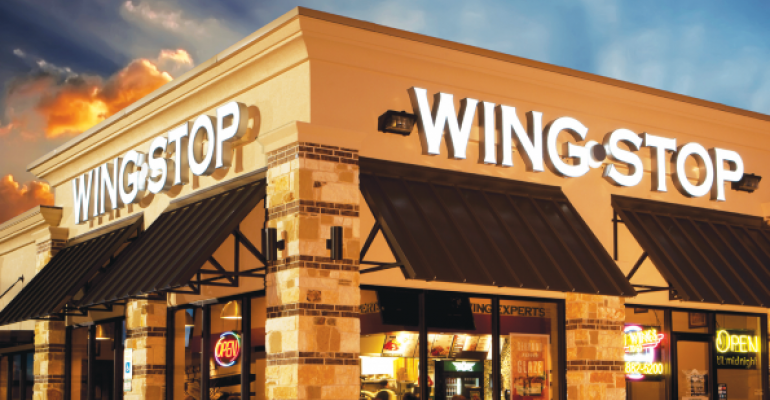 Wingstop was the third fastest-growing chain in the Latest Year, with sales rising 21.5 percent, bumping it up to No. 60 in the Top 100, from No. 67 the Preceding Year. It was also ranked third in terms of unit growth, opening a net 115 locations over the course of the year.

The 786-unit Chicken chain based in Richardson, Texas, has a limited menu of bone-in chicken wings, boneless “wings” made from breast meat, and breaded and fried tenders available with a choice of a dozen sauces, along with sides such as fries, baked beans, potato salad and coleslaw.

Wingstop’s unit economics have been improving steadily, with 12 consecutive years of same-store sales growth. Average unit volume in the Latest Year exceeded $1.1 million in restaurants of about 1,700 square feet.

While staying focused on the execution of its food, Wingstop has also undertaken design and technological upgrades to allow for ease in digital ordering and pickup. 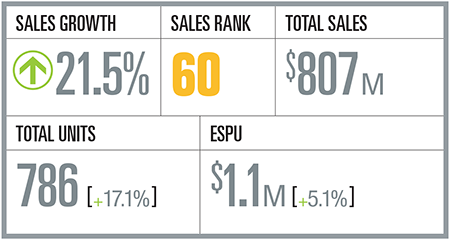 Strong unit economics. With average annual sales equaling about $662 per square foot, Wingstop’s focus on takeout — which account for 75 percent of sales — allows it to build small restaurants with big profits. Last year the chain estimated cash-on-cash returns of between 35 percent and 40 percent in the second year of operation.

Technological upgrades. Wingstop is working to roll out a new point-of-sale system that integrates online ordering, food cost calculations and labor scheduling. Executives have said that they hope the new system will increase digital orders. Digital orders, which currently account for just over 15 percent of the chain’s sales, tend to have higher average checks than other orders.

Social media savvy. Last summer, Wingstop encouraged fans to suggest via social media the route of its promotional food truck. It also launched an ordering platform on Twitter and Facebook Messenger that allows customers to order simply by sending the word “order.”