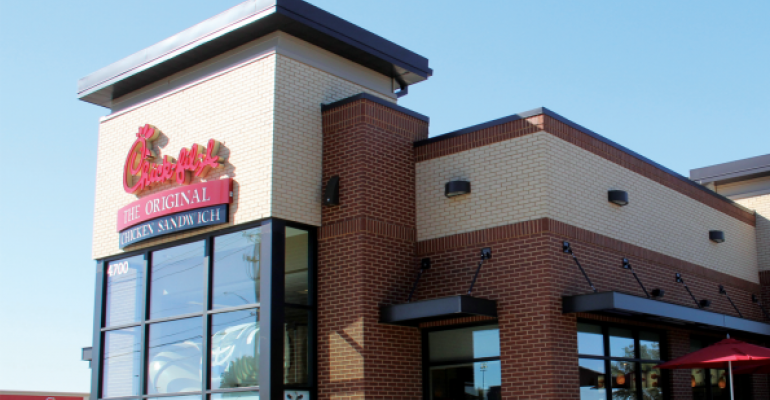 Chick-fil-A saw 18.1-percent growth in U.S. systemwide sales, making it the fifth fastest-growing chain in the Top 100. Chick-fil-A opened a net 96 units in the Latest Year, giving it a total of 1,967 locations, a 5.1-percent increase over the Preceding Year. Estimated sales per unit jumped 11.7 percent, to more than $3.5 million, from $3.1 million the Preceding Year.

The Atlanta-based Chicken chain entered new markets this year, including New York City, where it opened two locations that continue to draw impressive crowds several months after opening. Chick-fil-A developed new ordering systems for the high-volume, non-drive-thru restaurants: Six to eight crew members use digital tablets to take orders, which are then sent to the kitchen. Customers are given colored fobs and sent to the register of the same color to pay.

Chick-fil-A also introduced new menu items in 2015 to accompany its signature chicken sandwiches. Those included a trendy new version of its yogurt parfait, made with Greek yogurt and containing half the sugar and twice the protein of its previous offering. It also went the indulgent route with Frosted Lemonade, combining its customer-favorite lemonade with soft-serve ice cream. 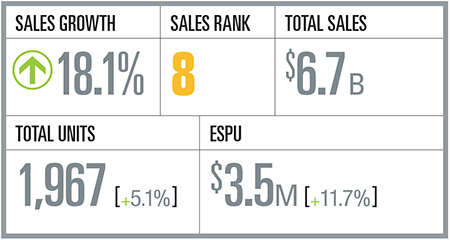 ​Chick-fil-A has also introduced Frosted Coffee and replaced coleslaw with a Superfood Side made with chopped kale and broccolini in maple vinaigrette with sour cherries and nuts.

Consistent leadership. Chick-fil-A CEO Dan Cathy is the son of S. Truett Cathy, who founded the chain. The company has a habit of promoting from within, ensuring a strong corporate culture.

Focus on customer service. Chick-fil-A consistently scores at or near the top of numerous customer service rankings, with a strong hospitality ethic that helps retain loyal customers.

In line with trends. Chick-fil-A maintains a focus on its signature fried chicken sandwich, but it also offers lighter choices such as grilled chicken — in sandwich and nugget form — as well as kale salads and a gluten-free bun.