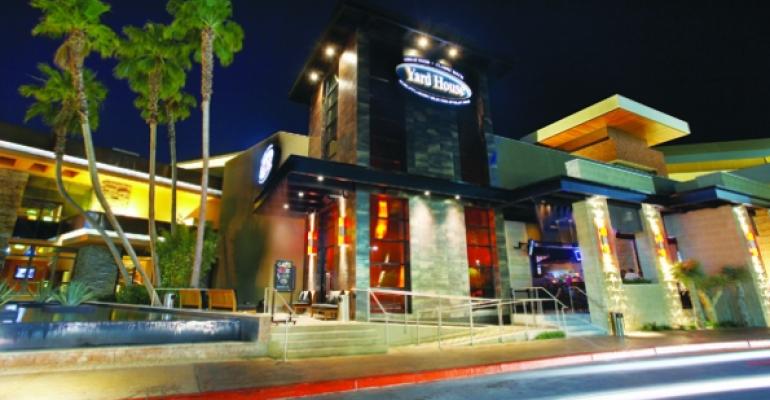 Before Darden Restaurants Inc. acquired Yard House for $585 million in 2012, the Irvine, Calif.-based chain was often hailed by analysts and industry observers as a young, hip casual-dining concept that was getting it right. With a wide menu of craft and exotic beers, food with broad appeal and a lively, rock-and-roll atmosphere, Yard House was packing in guests at a time when other casual-dining chains were struggling to turn around slides in traffic.

Now Yard House — which earns the No. 2 slot on the Top 10 Growth Chains list and makes it debut in the Top 100 this year — is a jewel in Darden’s Specialty Restaurant Group of concepts, which also includes Seasons 52, The Capital Grille, Eddie V’s and Bahama Breeze. Darden is working to turnaround sinking sales at its core concept Olive Garden, and earlier this year announced plans to sell the Red Lobster chain to private-equity firm Golden Gate Capital. But the Specialty Restaurant Group as a whole — Darden doesn’t break out sales by brand — has consistently recorded positive same-store sales. 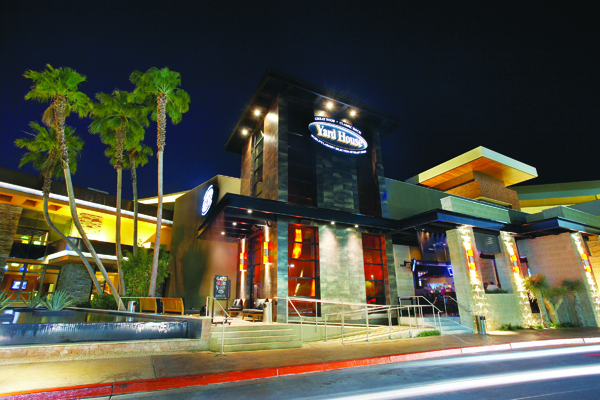 Beer selection. Yard House offers 130 handles of draft beer at a time when consumer interest in both craft beer and imports from around the world is growing. Guests can order beers as a half-yard, traditional pint, shorty or six-pack sampler.

Potential. With only 52 locations at the end of the fourth quarter in May — an 18-percent increase over the prior year — Yard House has plenty of runway for new growth, particularly with its deep-pocketed parent.

Leadership. Darden brought in Yard House’s management team with the acquisition, and earlier this year named Harald Herrmann president of the Specialty Restaurant Group. Herrmann was president of Yard House and helped build the concept with Steele Platt, who founded Yard House in 1996. Also remaining through the acquisition was executive chef Carlito Jocson, who has kept the chain’s focus on from-scratch cooking and beer-friendly offerings.

Popular concept. Darden has projected the Specialty Restaurant Group will deliver 17 percent to 19 percent sales growth annually, with Yard House playing a big part in that growth. In 2013, Yard House’s estimated sales per unit was $8.5 million, up 2.6 percent from the prior year.