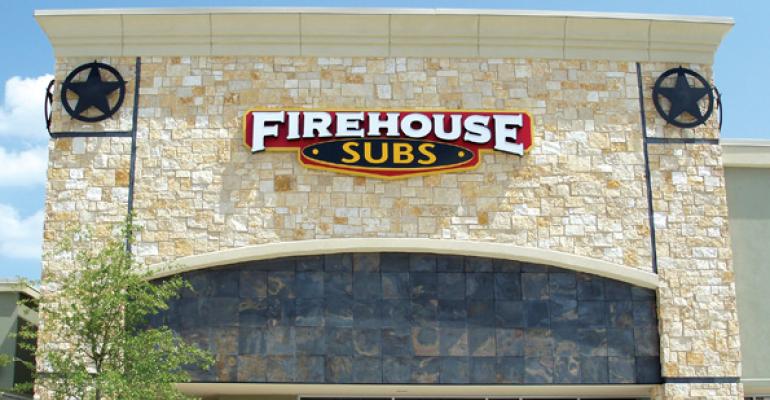 This Jacksonville, Fla.-based limited service sandwich chain was founded by two firefighter brothers who focus on top-quality subs, signature design elements, including a hot sauce bar, and a strong charity component based around supporting first responders.

Although estimated sales per unit at the chain slipped by 6.3 percent in the most recent year, a net 143 new restaurants, all franchised, opened during that period. That’ a 25.1-percent increase in unit count, giving it a total of 712 and ranking it as the fastest-growing chain in the Top 100 in terms of number of units added. Sales of $436.1 million, rising 14.8 percent from the Previous Year, place the chain at 92nd place in overall domestic sales.

It’s the 8th fastest-growing chain in terms of sales. 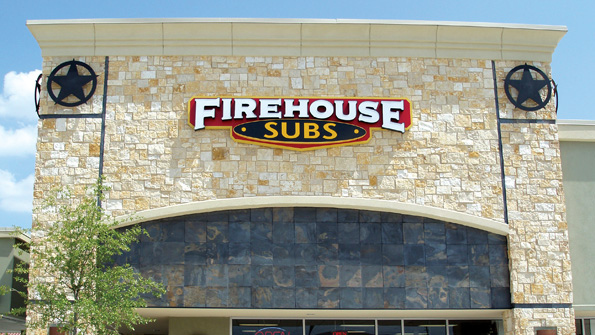 Franchising strategy. Don Fox, who joined the chain as director of franchise compliance in 2003, when it had 65 restaurants, has been chief executive since 2009 and has spearheaded growth through franchising; just 30 locations are company owned.

Brand differentiation. Firehouse Subs prides itself on steaming its meat and cheese to release their flavors and serving large portion sizes. Even its lower-calorie sub options have the same amount of meat served on smaller wheat buns with light mayonnaise. It also reinforces its firefighter theme with fundraisers, including sales of its used five-gallon pickle buckets. For $2, customers can buy the distinctive buckets and proceeds go to the chain’s Firehouse Subs Public Safety Foundation.

Operational excellence. Firehouse Subs was the top sandwich chain on research agency Market Force Information’s most recent list of restaurants with the highest customer satisfaction. The Boulder, Colo.-based firm attributed that to operational qualities such as cleanliness and fast and friendly service, which it found were key factors in customer approval.