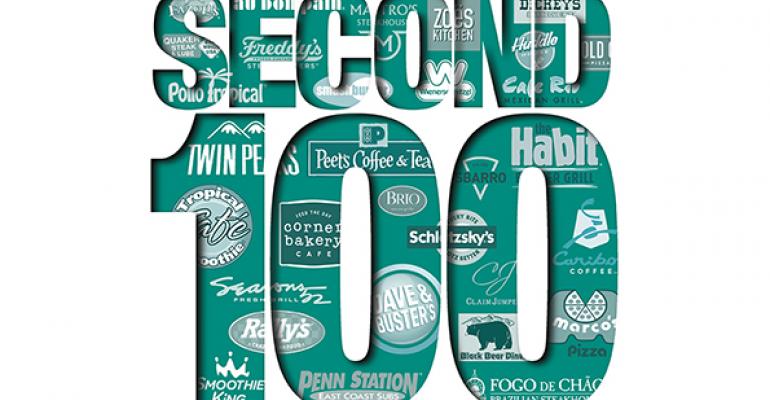 From the editor: 2015 Second 100 shows future of foodservice

But it’s the future of the foodservice industry that is a bit more exciting, even if it doesn’t get the splashy news coverage. That future is what Nation’s Restaurant News covers top to bottom in this special Second 100 report. Mid-sized and emerging brands are the stars here. Concepts like fast-growing The Habit Burger Grill, Marco’s Pizza and Zoës Kitchen are on the rise — each pushing year-over-year sales growth of more than 40 percent and unit gains of around 30 percent. Those are some big numbers, trumping the three fastest-growing brands in the Top 100, Jersey Mike’s Subs, Chipotle Mexican Grill and Firehouse Subs. Of course, large growth numbers off of a smaller base play a role in the comparison, but come on, 40 percent growth is 40 percent growth.

These Second 100 brands aren’t just here to be watched, they should be studied. Differentiated concepts, specialized menu offerings, hybrid service models, and nimble marketing campaigns are hallmarks of this group. They offer lessons and tactics even the biggest brands can learn from.

But it’s not like these brands have gone unnoticed. Three of the Second 100 fastest-growing chains recently completed initial public offerings: Fogo de Chão, Zoës Kitchen and Habit Burger Grill. More Wall Street debuts were found throughout the Second 100 with Dave & Busters and El Pollo Loco. And Portillo’s scored quite a deal for its standout operation in a sale to Berkshire Partners valued by reports at close to $1 billion. Yes, that’s a “b” and three commas for a 38-unit chain.

If you dig deeper into the headlines, the Second 100 also provides the best look at franchisee action. Between Al Liddle’s research and Jonathan Maze’s expertise, the footnotes we provide to our Company results, which begin on page 66, show inner deal-making between franchisors and franchisees. And there is a surge of activity creating some large players. As Jonathan puts it, “some of the fastest-growing restaurant companies in the country don’t actually own a brand.”