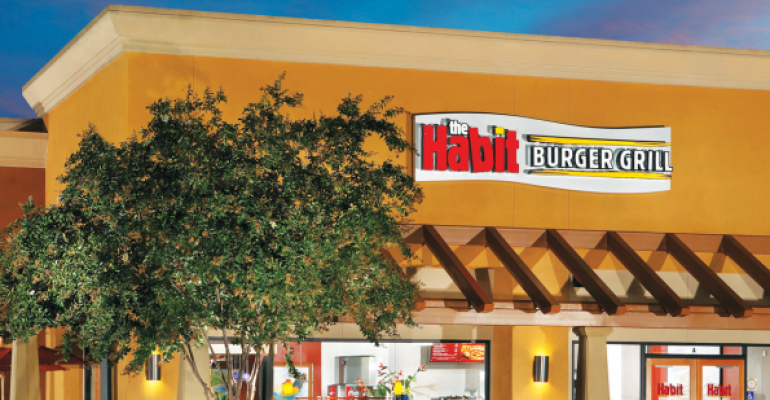 This is part of the Nation&rsquo;s Restaurant News annual Second 100 report, a proprietary ranking of restaurant brands Nos. 101-200 by U.S. systemwide sales and other data. This special report is a companion to the Top 100 report. &nbsp; &nbsp;

The Habit Burger Grill was founded in 1969 in Santa Barbara, Calif., as an outdoor stand serving char-broiled burgers and grilled albacore tuna sandwiches.

In 2007, private-equity firm KarpReilly LLC took a majority stake in Habit Burger and started growing the Limited-Service/Burger chain, which held an initial public offering in 2014, setting up the next stage of growth.

Habit Burger ended the Latest Year with 142 units, a nearly 30-percent increase, which largely fueled the chain’s domestic systemwide sales growth of 33 percent, to $234.2 million. In fiscal 2016, the chain expects to add between 30 and 32 company locations and another four to six franchised units.

Russ Bendel, the Irvine, Calif.-based chain’s CEO, credits the brand’s hallmarks of value, quality and genuine hospitality for its success. Habit Burger boasts same-store sales that have been positive for more than 12 years. Estimated Sales Per Unit, at $1.9 million, are second only to Shack Shack within the Second 100 universe.

“While the QSR segment has been aggressively discounting their core products, we remain disciplined in sticking to our proven combination of value and quality positioning, and we believe our strategy resonates with our guests and will pay off in the long run,” Bendel said after the chain’s first-quarter earnings report in May. “We call that The Habit Difference, and it has always been a core part of our brand DNA.” 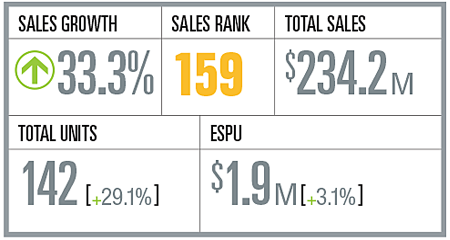 East Coast: Largely a West Coast brand, Habit Burger is aggressively seeking East Coast locations. For 2016 and beyond, the chain expects roughly 20 percent to 25 percent of new units to be located on the East Coast.

Women: Burger joints are typically male heavy, but Habit Burger gets a pretty even gender mix, in part because of its diverse menu offerings. Those include a tuna sandwich and a new Super Food Salad, which includes on-trend ingredients like tri-colored quinoa and housemade kale pesto.