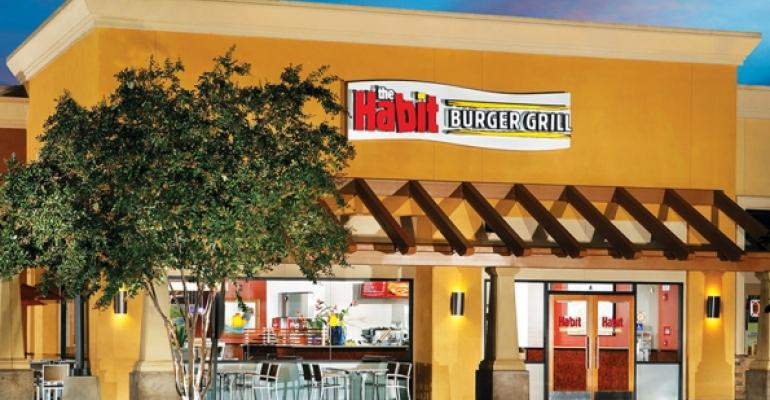 The Habit Burger Grill hasn’t just had a great year; it’s had a great decade, with same-store sales growing for 45 consecutive quarters. But the year that ended December 2014 was extraordinary for several reasons. Habit Restaurants Inc. went public in November, raising $90 million in its initial public offering, and over the course of the year it saw sales grow by just under 46 percent to $175.7 million, making it the fastest growing large chain in the country and allowing it to join the ranks of the Top 200 for the first time, coming in at 185th in terms of annual domestic sales.

The Irvine, Calif.-based better burger chain opened 25 units during the year, bringing its total to 110, an increase of 29 percent. Average unit volumes have grown steadily in recent years, from $1.2 million in 2007 to $1.8 million in 2014, Habit Restaurants Inc. CEO Russ Bendel said.

He said much of the chain’s success can be attributed to is diverse menu: 40 percent of the chain’s food sales are of items other than burgers, such as grilled sandwiches, including a sushi-grade tuna sandwich, and entrée salads. The chain feels this diverse menu appeals to both male and female customers. “We’ve worked hard to be very gender balanced,” Bendel said.

“We believe having that appeal to women leads more to family business. More family business leads to more dinner business,” he said, noting that almost 50 percent of the chain’s business happens during dinner. 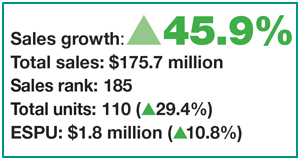 Support from the top: While many chains are consolidating their field staff, The Habit’s managers above unit level on average are responsible for fewer than four restaurants each. “Not that we don’t believe they are as capable as any other people in the industry, but we have a lot of touch points that are focused on the ongoing professional development of the management teams and hourly teammates,” Bendel said

Empowering staff: Keeping great staff means helping them develop professionally and encouraging them to grow, Bendel said. “We believe that employees want to bring their brains to work with them at every level,” he said.

Plenty of capital: Habit Restaurants is now a public company, and Bendel said at the time of its IPO that the $90 million raised would go toward retiring debt and long-term expansion.