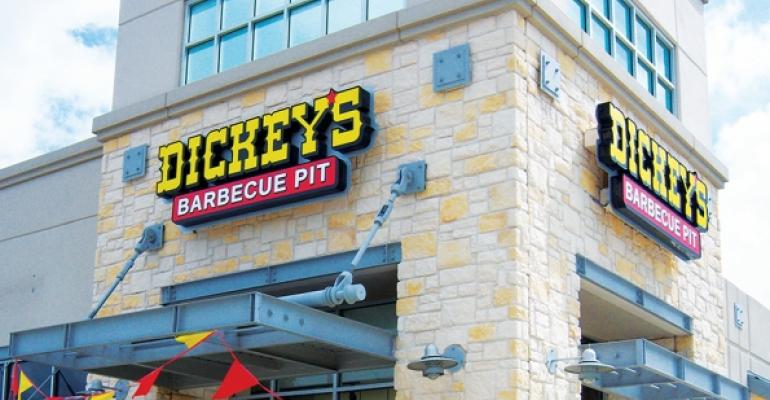 Dickey's Barbecue Restaurants Inc. opened its 500th restaurant earlier this year, taking Texas barbecue mainstream. The Dallas-based company, which opened its first restaurant in 1941 and began franchising in 1994, now has restaurants in 43 states.

Dickey’s ranked No. 6 in unit growth in the Latest Year, adding 98 restaurants, a 23.5-percent change from the Preceding Year. All but nine of Dickey’s 515 restaurants at the end of May were franchised. 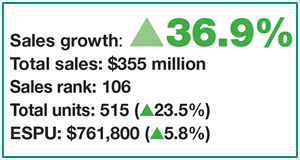 Catering. Dickey’s grew its catering sales with further use of a dedicated hotline for those orders. The hotline, 1-866-BARBECUE, which launched three years ago, lets customers directly place orders with live catering experts seven days a week.

“The hotline fields 2,500 calls and inquiries across 40 states monthly, and we expect the channel to be responsible for more than 15 percent of the organization’s overall sales,” said Andy Abbajay, Dickey’s chief operating officer. “It is another vehicle that allows us to get our meals in people’s hands.”

Tie-ins with TV. In December, Dickey’s featured for the first time a limited-time menu item borne of a partnership with Turner Network Television’s “On the Menu” program. Stampede Stew, which won the Emeril Lagasse-hosted program’s top honor in December, was featured at restaurants into January. The stew featured turnip greens, Great Northern beans and vegetable broth topped with Polish sausage, and was priced at $7.99.

"We're thrilled to be a part of such an innovative show that gives home cooks across the country a chance to showcase their skills," Roland Dickey, Dickey’s chairman, said in a statement at the time.

Training program honors. This year, the 36th annual Telly Awards, which honor excellence in various advertising and video categories, recognized Dickey’s shift meeting and training videos, or SMTVs, for excellence. Dickey’s Barbecue SMTVs are a daily, branded video delivered to each unit, with the purpose of communicating, educating and motivating Dickey’s team members, managers and owner–operators.