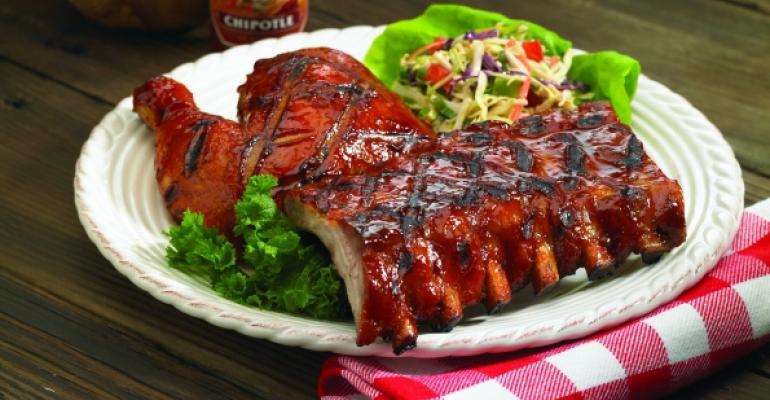 The millennial palate heats up

According to Chicago-based Mintel Research, the group that’s most strongly acquired a preference for powerful flavors is millennials — those individuals born between the years 1980 and 2000. Why? Because this young and adventurous swath of society has grown up in culturally diverse neighborhoods, schools and workplaces. It’s second nature to them.

In a blog titled, “5 Important Things to Know About Young Millennials’ Dining Habits,” Mintel researchers found that their desire to seek out unique dining experiences leads this age group “to be more adventurous with their palates, and seek out ethnic flavors like Chilean and Korean, as well as spicy peppers and flavors like jalapeños and chile de árbol.”

New York-based NPD Group showed evidence that this is happening in restaurants when it released the results of its 2015 SupplyTrack research. The firm found that the number of cases of hot sauce shipped to foodservice outlets has increased by double digits over the past two years.

As a result of this shift, chefs and restaurateurs are turning to versatile ingredients like hot sauce to amp up new menu items and satisfy their customers' craving for more exciting preparations. However, the key, experts say, is to make certain that such flavors complement one another without overwhelming the other ingredients in the dish.

Taking it to the next level

“The younger people are looking for the next level of flavor in everything,” Pernot says. “It’s like they’re saying, ‘Let me taste something else. I got bored with this. I want some excitement.’ They also want to control the heat and spice.”

It’s increasingly common to accomplish that by delivering a bottled pepper sauce to the table, but chefs say millennials want to be surprised and impressed by the kitchen's skills. Malaysian-born chef Peng Looi, owner of Asiatique restaurant in Louisville, Kentucky, says since heat in food is a personal preference, he finesses dishes with strongly flavored ingredients first, and then customizes the heat levels.

“I love spices and I play around with them to get flavors with a more localized feel,” Looi says. “Like harissa [a hot sauce from Tunisia], I love it. So I made a harissa crème fraîche that’s strongly flavored, but tangy and cool, too.”

“They come back and they want bolder flavors,” he says. “But not necessarily hotter. That’s good, because I want them to taste the full flavor profile of what I’m doing, not just heat.”

Manufacturers are also responding to millennials’ love for bold, intriguing flavors.  Cholula Hot Sauce, for example — the third largest  hot sauce brand in the U.S. — puts flavor first with its unique blend of peppers and spices that enhances food flavors while never overwhelming them with heat.   Recognizing the bold flavor trend heating up, Cholula has devised many easy-to-make recipes for sauces, dressings, appetizers and drinks. For example, combining it with maple syrup and vinaigrette yields a sweet heat vinaigrette that’s perfect for a slaw or a shrimp and spinach salad. Lacing sour cream or crema with Cholula and lime creates a Santa Fe Buffalo sauce for fish tacos and wraps.

The brand has expanded its 64 ounce product line to include Cholula Green Pepper, Chili Garlic and Chili Lime and Chipotle. Operators are devising exciting new flavor experiences by combining these sauces with current ingredients to create new signature items such as Chili Garlic Veggie Lasagna, Honey Jalapeño Wings and Icy Hot Vodka Lemonade. And their millennial patrons are loving all of it!

Cholula Original has proven to be a tasty complement to other bold flavors at MOOYAH Burgers, Fries & Shakes, a 100-unit fast casual concept based in Plano, Texas. In addition to being offered by name as one of MOOYAH’S regular sauces, it also is blended into its popular Spicy Ranch sauce.

Cholula Original also has been a key component in the burger chain's Taste to Try monthly burger program, says Natalie Anderson Liu, vice president of marketing. One of MOOYAH’S most successful Taste to Try burgers has been its Double Diablo, which features two patties, pepper jack cheese, bacon, jalapeños, Cholula Original and mayonnaise served on a potato bun. “We offered it in February, but we still have people ordering it,” Liu says. “It performed so well it may become a permanent item.”

“Cholula has great flavor and is not overly hot, but it adds a kick,” says Liu. “And it complements other flavors. It's versatile and goes with beef, veggie or turkey burgers. It's hard to find a sauce that pairs well with all three, but Cholula works.”

“Traditionally, you see sambal oelek as a base for a Malaysian hot sauce, but there are so many more things you can do with it,” he says. “It’s like my spicy chile oil — I use it for a garnish that helps flavors marry well. It’s not about the heat it brings.”

Sonya Coté, chef at Austin, Texas-based Coté Catering, sees things a little differently. She says that behind the heat lies an amazing amount of flavor, and so she chooses an array of locally grown habanero, Scotch bonnet and paper lantern chiles to create her own smoked pepper sauces.

“For us it’s about something that awakens the palate,” she says. “We have a hard time not putting our pepper sauces in everything. It’s seasoning for us.”

Clearly, Americans — and millennials in particular — are demanding bolder, more adventurous flavors in the dining out experience. Unquestionably, using the right ingredients in the right balance can make all the difference in the final product.