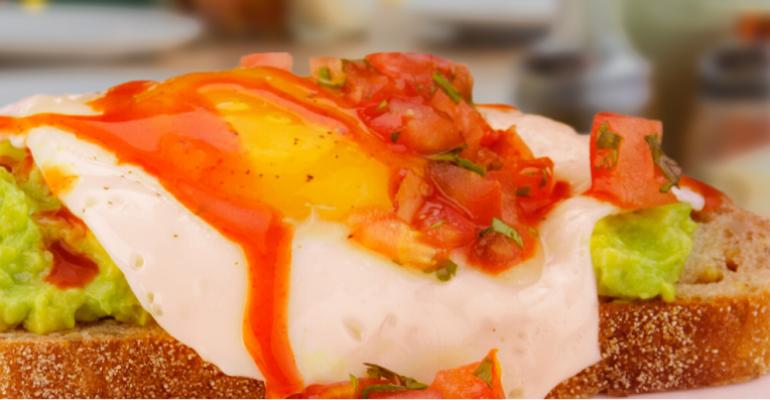 Fueling the flavor of the brunch boom

You don’t have to be particularly old or even a restaurateur to ask, “What happened to brunch?” The longtime, Sunday morning-only repast without the rise-and-shine hurry of breakfast is now a multi-day option spread over longer service periods.

Independent operators scrambling to eke out sales gains by menuing flavorful, innovative menu items have added Thursday, Friday and Saturday to their Sunday brunch service. Meanwhile, similar changes have occurred at chains whose core business is dinner. For example, casual-dining operator Macaroni Grill seized the opportunity to tap into the industry’s brunch boom by adding one of its own. “Quite frankly, this is one of those things where we just saw the industry lead,” Macaroni Grill Chief Executive John Gilbert told Nation’s Restaurant News.

Last fall Jack in the Box added Brunchfast, an all-day offering for diners not fully committed to just breakfast or lunch. The new menu included a Brunch Burger topped with an egg and served on a croissant, and a Bacon and Cheddar Chicken Brunch Sandwich, among other items.

Though best known for its breakfasts, Bob Evans Restaurants launched an all-day brunch in 2016, while buffet specialist Golden Corral just rolled out a daily brunch in May. According to Golden Corral Chief Executive Lance Trenary, brunch “is inherently a buffet occasion” that lends itself well to the chain’s established format.

Not your parents' brunch

Chicago restaurateur Steve Geffen remembers the brunch of yore, the sometimes dressy occasion when families lingered over a mélange of foods served from steaming chafing dishes. Not anymore, says the owner of Once Upon Family of Restaurants, an eight-unit collection of breakfast and seafood eateries.

“Breakfast and lunch used to be two different meals, but now people are coming in at any time on any day of the week for brunch,” says Geffen. “But we still get the question, ‘Are you still serving breakfast?’”

Outside of the chance to get breakfast-beyond-the-basics later in the day, brunch is booming for a variety of reasons. Increasingly flexible work arrangements (irregular hours and home offices) allow employees more freedom to eat when they choose. Many work meetings now happen over brunch as well. According to Chicago-based Mintel Research, the relaxed pace of brunch plays a role in its growing popularity. In its study, “Restaurant Breakfast and Brunch Trends,” published in July, nearly 40 percent of the 1,670 consumers surveyed viewed brunch as a time to socialize with friends and family.

The pace is quicker at Geffen’s Once Upon a Bagel restaurants. But given the growing trend toward lingering, he’s testing a New Orleans-style brunch at Lucky Fish, a casual sit-down concept.

“And if it works, and we think it will, we’ll move to offer it all week,” Geffen says.

Of the total respondents to Mintel’s survey, 34 percent say they enjoy eating innovative dishes that are boldly flavored. That doesn’t surprise Geffen, who says he has watched customers gravitate toward spicy items for some time. After what became constant customer requests for hot sauce to add to a range of his dishes, he said he met customers halfway by putting Cholula Hot Sauce on dining room tables.

“They add it to everything — omelets, corned beef hash, hash browns, whatever,” Geffen says. Cholula is especially popular, he adds, on dishes from the South of the Border section of the menu. “We have a hash that uses chorizo, and people love it on that. Same for our huevos à la Acapulco, with green peppers and onions. Cholula is a natural.”

The drill is similar at Elephants Delicatessen in Portland, Oregon, where Executive Chef Scott Weaver adds Cholula Hot Sauce before he sends out his Denver Ham Breakfast Burrito with eggs, applewood-smoked ham, potatoes, onion, bell peppers, cheddar and garlic; and the Vegetarian Mushroom Burrito, made with eggs, mushrooms, potato and pepper jack cheese.

Geffen expects his chefs will begin using Cholula more regularly in recipe preparation for his soon-to-launch New Orleans brunch. He says the flavorful, but not fiery spice of the condiment will be perfect on several New Orleans-themed plates.

“This might sound crazy, but I put Cholula right on fresh oysters; I love it that way,” Geffen says. “They’re already using it in the jambalaya, which adds a lot of flavor.”