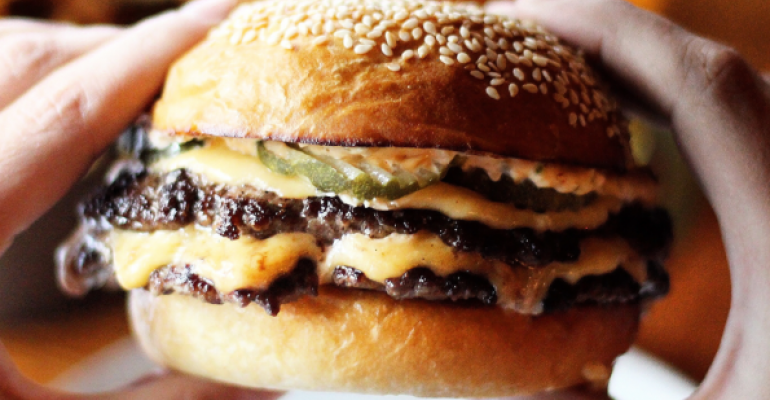 For the past couple of decades, food trend watchers have been waiting for Indian food to enter the American mainstream. It still hasn’t done that, but it has made considerable strides, as this summer’s class of Trending Tables indicates.

The real clue to the growing influence of Indian food isn’t the popularity of restaurants like Choolaah Indian BBQ in Cleveland or Ananda, an upscale Indian restaurant in Baltimore — although it’s telling that they’re not in top-tier restaurant cities such as New York or Los Angeles. It’s the fact that Nix, a vegetarian restaurant in New York with no ties to the Subcontinent, has Indian bread service and two tandoor ovens. And that Alley Cat Oyster Bar in Cleveland serves vadouvan curry sauce over its Faroe Island salmon.

Brider, in Denver, serves a Middle Eastern-style lamb dish with naan. The owners could just as easily have called it pita, but they didn’t, which indicates a growing interest in the Indian bread.

Other than that, there’s a virtual smorgasbord of food offerings this season — and a literal one at Rhein House in Denver, although that one’s more Germanic than the traditional Scandinavian kind. They include Malaysian ramen at Ejji Ramen in Baltimore, spinach-artichoke dumplings at Packed in Chicago, and foie gras with funnel cake at Otium in Los Angeles.

Many of this season’s restaurants are quite casual, and they offer homey but well-thought-out versions of burgers, sausages and pizza — as well as beer-battered avocado tacos at No Bones Beach Club, a vegan tiki bar in Seattle.

Perhaps more than any other cuisine, Italian food is at the forefront, or sometimes in the background, of many of what trendy restaurants are offering these days.

Sometimes the influence is subtle, such as at Vernick Food & Drink in Philadelphia, which offers its interpretation of an Italian sformato in the guise of Parmesan custard with caramelized baby artichoke, or the focaccia menu at Okra in Phoenix, which otherwise focuses on southern food.

At other places it’s all about Italy, such as Piccolo in Portland, Maine, which adds some French technique to the cuisine, or Slab, also in Portland, which is all about Sicilian street food.