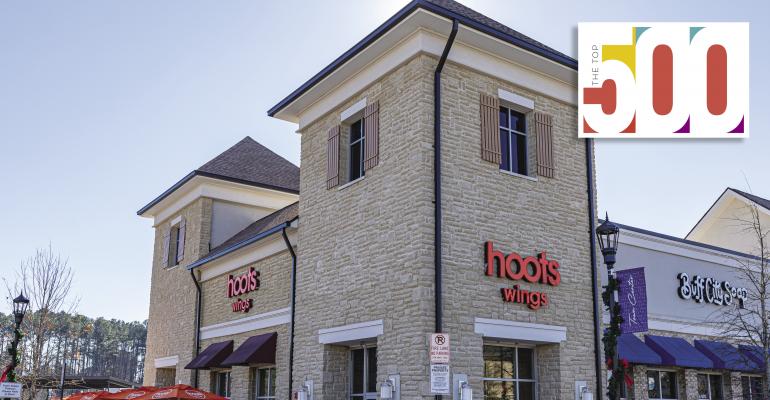 Virtual brands, advanced planning and a loyal fan base have helped Hooters succeed during the pandemic

Hooters — a sports bar and restaurant known for its in-person experiences — managed sales growth in 2020.

The Atlanta-based casual-dining chain of about 330 restaurants already had the infrastructure in place to shift to 100% takeout and delivery at the outset of the pandemic.

“We had deep partnerships and relationships with the [third-party delivery] providers before the pandemic,” Hooters CEO Sal Melilli told Nation’s Restaurant News. “We were able to really then leverage those relationshisp and our experience on the delivery side.”

The chain’s management had seen years ealier that takeout and delivery were going to be growing parts of their business. Melilli said they started conceptualizing their fast-casual spinoff, Hoots Wings, in 2014 and opened the first location in Cicero, Ill., in 2017. There are now seven Hoots locations — three in the Chicago area, three in the Atlanta area and one in St. Petersburg, Fla. — of which three were opened during the pandemic.

But Hooters was also ahead in the virtual brand game. Before the pandemic they had been approached by third-party delivery company Uber Eats, which saw a growing demand for burger delivery. So Hooters launched Hootie’s Burger Bar, which was up and running before last year’s lockdown.

That meant that, as other restaurants scrambled to find the hardware, install the software and establish relationships with delivery companies, Hooters already had all of that in place.

And after the lockdown the chain added new virtual brands: Hootie’s Bait & Tackle, which focuses on the chain’s seafood selections, and Hootie’s Chicken Tenders.

All of those concepts operate out of the same kitchens, using the same ingredients, but the different branding has resulted in incremental sales, Melilli said, adding that more virtual brands are in the works.

Hooters’ strong presence in the Southeast also helped, as that region’s dining room restrictions were generally lifted earlier and more generously than those in other parts of the country, but Melilli gives a lot of credit for the chain’s success to what he calls “Hooters Nation.”

“We’re very honored to have such a loyal customer base,” he said. “They came back very fast [once dining rooms reopened] and they came back more frequently. Our core Hooters fan is really what got us through this pandemic, and we’re just happy that we’re able to go back to the full dining experience now.”

As a result, the off-premises business has declined somewhat, but it’s still well above 2019 levels, Melilli said. However, on-premises dining is better business for Hooters, he said. The fees attached to delivery obviously cut into the bottom line, but for some chains that’s partially offset by the larger orders that often are part of off-premises sales.’

“While you're watching the game or enjoying your friends, let’s get a pitcher of beer,” he said, describing the scene in his dining rooms. “Extra innings? Why don't we get 20 more wings? We'll hang out a little bit longer. So that check average is certainly larger [than takeout and delivery].”

Melilli said the government stimulus checks also were a boon to the business, but even more so is the pent-up desire for people to see each other again.

“The demand of being out and around other people on social occasions is certainly rising,” he said.

Not every Hooters location has survived. Melilli said they closed four out of their roughly 200 company-owned locations, “but by and large our fleet came through intact and we’re in a very good position.”