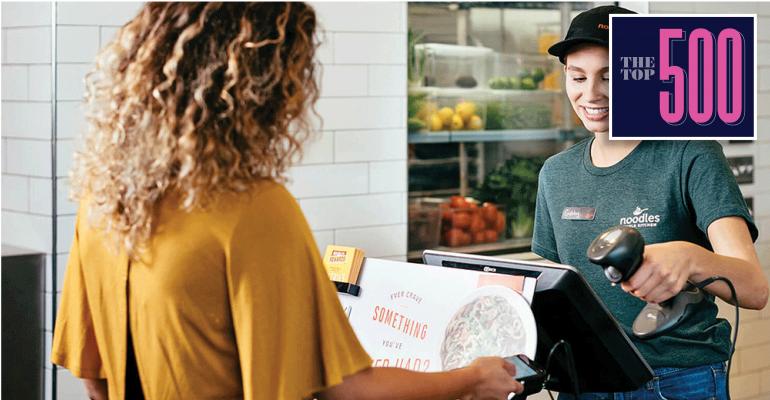 Noodles & Company’s 2021 sales benefited from the rollout of new equipment and menu innovation in the form of tortelloni.
Data & Research>Top 500 Restaurants

Successful restaurant chains leverage menus to do more with less

During any time when doing business becomes even more challenging than usual, whether that’s a run-of-the-mill recession, a 2008-style financial collapse or a global pandemic that disrupts their customer base, labor pool and supply chain all at once, restaurants that survive respond by getting leaner and smarter.

Starbucks, for example, opened a net 113 locations in 2021, a unit growth of 0.7%, but saw sales rise by nearly $3.56 billion, or 19%. The Seattle-based coffee specialist saw increased traffic even as it raised menu prices in October. In fact, the chain’s customers seemed to take the price increase in stride.

“In terms of elasticity, we have not seen any meaningful impact to customer demand,” Starbucks chief operating officer John Culver told investors during an earnings call for fiscal 2021. “To the contrary, our customer demand continues to grow. We're coming off a very strong quarter in terms of transaction growth at 12% for the quarter in the U.S., the highest since pre-pandemic levels, and our ticket is also very strong.”

The same holds true for Noodles & Company. The fast-casual chain ended the year with six fewer restaurants than it started with — a 1.3% decrease — but saw a 20% bump in overall sales, thanks in no small part to higher prices: It raised them by 3% in August, followed by a 2% increase later in the year.

“Over the years, we’ve been soft in terms of price increases,” CEO Dave Boennighausen said in an earnings call in October. “As we evolve and improve the concept from a quality and food perspective, we feel value remains very strong.”

As with Starbucks, Noodles’ customers seemed fine with those price increases.

“We have not seen resistance over the past few months,” he said.

That sentiment seems to be pretty common, according to Brian Warrener, an associate professor at Johnson & Wales University in Providence, R.I., who specializes in teaching food & beverage hospitality and management. He told attendees of the recent National Restaurant Association Show in Chicago that many operators he has spoken to who have raised prices received little to no pushback from their customers, as long as the quality of food and service were maintained.

He cautioned, however, that as the middle class gets squeezed on gas and food prices, a majority of them say they plan to cut back on how much they spend on restaurants.

Gunther Plosch, Wendy’s chief financial officer, told investors he was aware of the need to strike a balance between raising prices to remain profitable while keeping customers’ needs in mind.

“We're going to watch value and value perception,” he said when reporting on the quick-service chain’s 2021 earnings. “About 30%-35% of our consumers are making less than $45,000 a year, so we need to make sure that we are striking the right balance and maintaining value perception.”

Nonetheless, Wendy’s made a 6% price increase in the fourth quarter, which Plosch said was in line with the inflation rate of food away from home.

Plosch said that, apart from raising prices, a $25 million increase in spending on breakfast advertising also helped. That daypart, introduced days before the pandemic started, accounted for 8.5% of sales during its 4th quarter biscuit promotion. 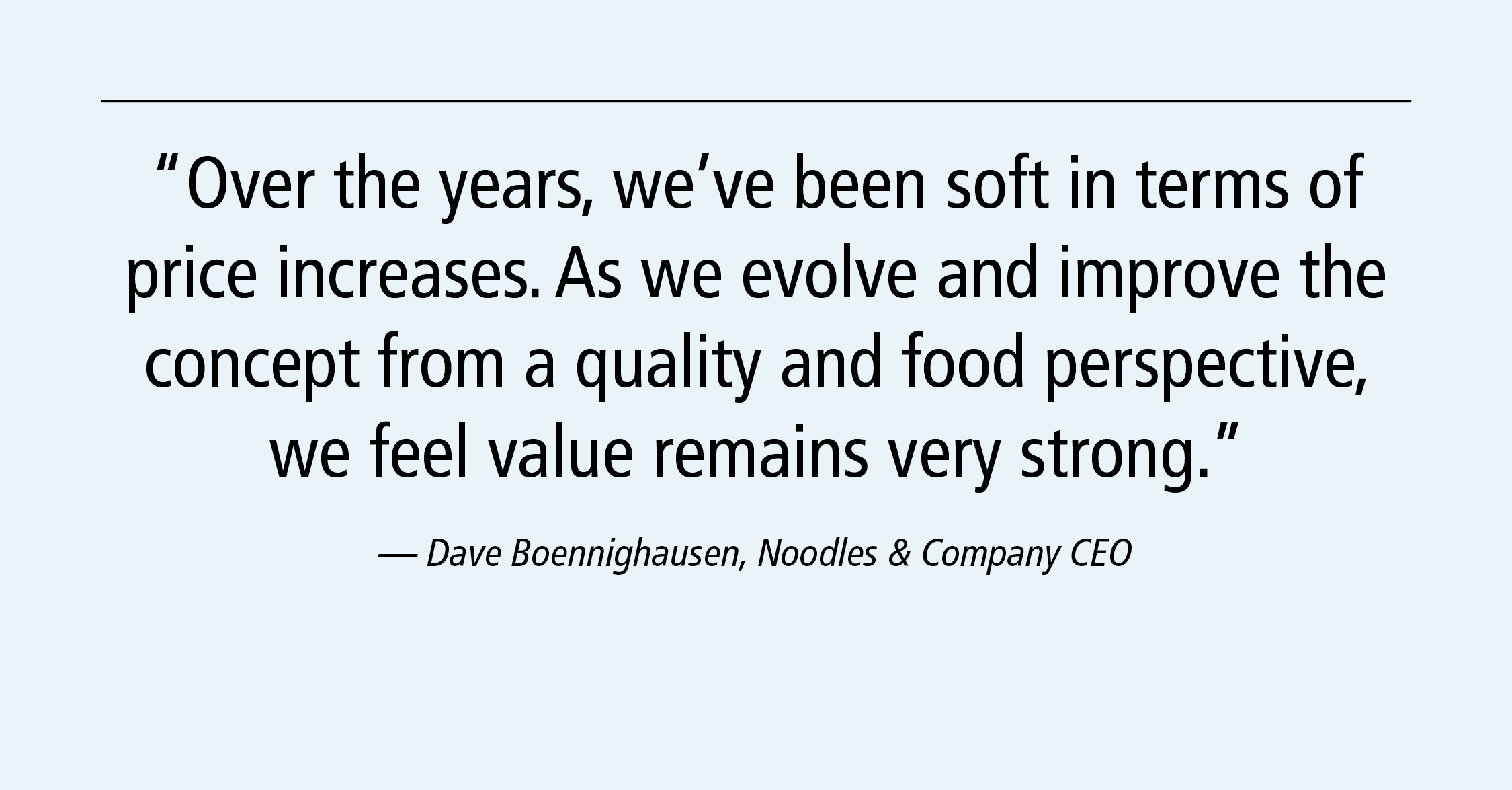 Noodles & Company’s sales also benefitted from the rollout of new equipment, specifically steamers that increased both throughput and product consistency, as well as menu innovation in the form of tortelloni, a stuffed pasta, which had long been a top request among its customers.

Along with raising prices, investing in marketing, rolling out new equipment and introducing long-requested menu items, some chains did less with more by cutting down on their offerings.

Dine Brands Global made use of consumer leniency in the early months of the pandemic by slashing the menus at IHOP and Applebee’s by about one third.

Then-CEO Steve Joyce said he had no plans to bring back those items, and in fact last year Applebee’s menu innovation was minimal, with little more than some monthly drink specials and summer limited-time offers, and new versions of its budget platform Irresist-a-Bowls.

IHOP was a bit more ambitious, with the permanent addition of some melts and burritos, but the menus remain more streamlined than before the pandemic, allowing for more efficient kitchens, improve profitability and more satisfied customers.

“Any brand that has the venerability of our brands has had decades of additions, and we always talk about it, but we can never seem to get rid of the product, because someone’s selling it to somebody,” Joyce said in 2020, adding that the pandemic gave them the leeway to do that.

That approach seems to have benefitted both chains: Applebee’s systemwide sales were up by 34.4% despite just a 2.2% unit growth, and IHOP, which grew its number of units by 1.7%, saw sales rise by 38.5%.