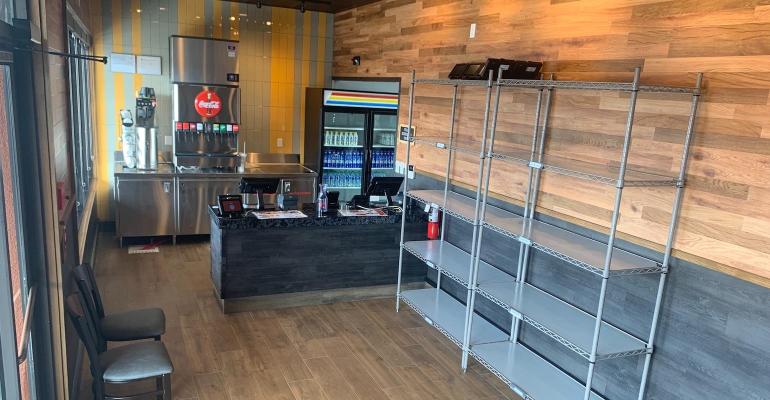 Chili’s Grill & Bar has closed its delivery-only test unit just a couple of months after opening it, the company said this week.

“We recently closed our Chili’s delivery/carryout location on Mockingbird near SMU to strengthen the core Chili’s business and focus on innovation within our four walls,” a company spokesperson said in a statement Tuesday.

“This means doubling down on Kitchen of the Future, improving our digital properties, perfecting our menu items with a focus on our ‘core four’ and delivering a better team member and guest experience,” the statement continued. The “core four” are Big Mouth Burgers, fajitas, chicken crispers and margaritas.

On a call with analysts after releasing fourth-quarter earnings in August, Kevin Hochman, the new CEO and president of Brinker, said the company was evaluating its test projects to make strategic decisions, weighing the ability to impact sales and profits with the investment needed.

“We made some strategic decisions to accelerate some projects and to stop other projects,” Hochman said, citing the paused Chili’s robotics project.

“We are going to try to accelerate what we call Kitchen of the Future 3, which is equipment that will make it a lot easier, faster and more consistent and dramatically reduce cook times on the majority of the items on our menu,” Hochman said. “We believe that getting the speed of service up through that equipment will lead to turning tables faster and higher sales. So we are aggressively looking at technology as a way to improve restaurant margins and productivity.”

The Kitchen of the Future initiative also includes testing equipment, such as grills and ovens, and procedures.

The company said it will continue to work on refining the off-premises experience at Chili’s, with that channel contributing about a third — of $1 billion — of sales annually.

As of Sept. 28, Brinker International, founded in 1975, had 1,645 restaurants, including 1,592 Chili’s and 53 Maggiano’s. It also owned the It's Just Wings and Maggiano's Italian Classics virtual brands.