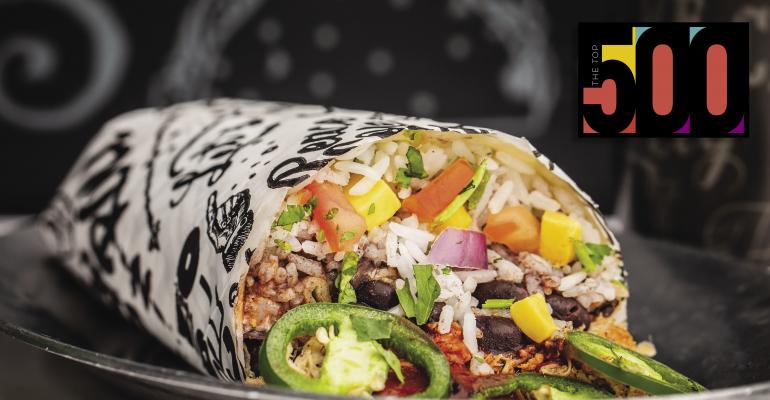 Bubbakoo’s Burritos isn’t your typical fast-casual Mexican chain — and it didn’t have a typical year in 2020 when compared with so much of the industry.

The funky menu is served in dining rooms boasting Bubbakoo’s Burritos TV, which shows videos of surfing and extreme sports.

Founded in Point Pleasant, N.J., in 2008 by two Johnny Rockets veterans, Paul Altero and Bill Hart, the chain had grown to more than 30 units, with some as far away as Los Angeles, by the end of 2019. It now boasts 50 units in 16 states, with rapid expansion underway in Florida, said Altero. He added that, besides the varied menu, Bubbakoo’s distinguishes itself with superior ingredients, a broader menu and better service.

“It’s not just, ‘What can I get you?’ as much as it is a lot of dialogue and a lot of conversation with the customers. We think that's critical to the experience,” he said.

Altero said 110 deals for new restaurants have been signed with franchisees, and he expects the chain to reach 80 locations by the end of 2021.

It’s no wonder franchisees are attracted to the brand: In a year like 2020, Bubbakoo’s still managed to grow sales by 13 percent, according to Top 500 data.

Altero attributes much of Bubbakoo’s success during the pandemic to the simple fact that it’s in the right segment.

But the chain also made some adjustments. Operators brought in takeout racks for third-party delivery drivers and customers to reduce the friction as they picked up their orders. And they launched a virtual brand, Tossem Wing Factory, which offers chicken wings and and sandwiches as well as starters and sides out of 22 locations.

Unlike some virtual brands, Tossem items also can be ordered on Bubbakoo’s app, as well as via third-party delivery apps.

Demand for Tossem items, and awareness that they were being made at Bubbakoo’s, caused some operational challenges as customers started ordering from the Tossem menu in the restaurants. Altero and Hart are working to resolve that by testing Tossem Wing Factory ordering kiosks in the restaurants.

“You basically put your order in [at the kiosk], the food is made and somebody comes from out back and puts it on a rack,” Altero said.

Going forward, Altero plans to open some company-owned locations in the Orlando, Fla., area as a Southern base to support franchisees in the area, but he said most of the growth will continue to be through franchising.