Dave & Buster’s is trying to increase traffic during lunch.

“70% of our business is gaming, if you stepped back and thought about that people come into play and not eat,” said interim CEO Kevin M. Sheehan. “We need to figure out how to do it in the right way. We’ve made it hard — you have to go in and order, etc. In the future, you [should be able to] place an order on your phone and they notify you when your meal is ready. Here’s an opportunity to have a lunch and play experience. It’s better than just looking at each other’s ugly mugs across from the table.”

Chuy’s Holdings Inc. expects to raise menu prices 3% or more with the introduction of a new menu in February.

“I’m pretty stubborn in my approach that I only like to do it once a year,” said CEO Steve Hislop, “but as we go through the year we’ll continue to look at the pressures of inflation on wages and our products — and will look at it and continue to look at the value proposition in all our markets — and I’m not averse to saying that I won’t take a second one.”

Denny’s Corp. has announced a partnership with Reef Technology, the ghost-kitchen operator, to test the brand’s delivery in dense urban markets.

After a landmark year for Dutch Bros, the company has lined up a strategy moving forward that seemingly goes against the industry norm: de-emphasizing beverage variety innovation and slowing down the digital experience.

“I think that we have settled into a great spot: We know who we are, we know what business we’re running, and we know what our growth plan looks like,” said president and CEO Joth Ricci. “I think the next phase for us is more innovation.”

Staffing challenges took a 5-6 percentage-point bite out of El Pollo Loco’s fourth quarter same-store sales, but interim CEO Larry Roberts said the company is striving to turn that around by creating an environment where people want to work. Roberts said solutions include looking at recruitment and pay levels, but also creating a culture around recognition and team member development, offering incentives for taking on new roles — and even providing snacks.

“We were working on that pre-COVID, but we just lost track of that, quite frankly,” he said. “To be competitive, you have to create a work environment where people want to work.”

After a whirlwind year of several high-profile acquisitions — including Global Franchise Group, Twin Peaks and Fazoli’s — Fatburger parent company Fat Brands is likely taking a shopping hiatus in 2022 to focus on building out both new and old brands in its portfolio, CEO Andy Wiederhorn said.

“We view 2022 as the year to digest the acquisitions we made in 2021,” he said. “We’re going to build out this organic pipeline (incremental earnings as opposed to buying another brand and accruing additional debt), grow our factory business … and continue to digest and integrate those acquisitions, make sure to focus on synergy and cross-sell the franchise development system across our base.”

First Watch Restaurant Group Inc. maintained its full menu and kept full service hours as it emerged from the pandemic, which helped it post 36.7% same-store sales growth in the fourth quarter ended Dec. 26.

“We tried to be as much business as usual for our customers when they came back,” said CEO and president Chris Tomasso. “They’ve had enough disruption in their lives because of COVID, and we didn’t want to be another source of that. If anything, we wanted to be a comfort zone for them.”

Jack in the Box’s vice president of investor relations Chris Brandon focused on the San Diego-based chain’s long-term growth strategy, saying once-strained franchisee relations have been mended and the brand’s operators are showing good results. The company has set a goal of 4% unit growth annually by 2025, and Brandon said the chain is eager to communicate the economic health of franchisees.

“Unit economics fuel your growth,” he said. “You can have the greatest strategy of all time, but if you don’t have healthy franchisees driving a really strong four-wall opportunity, then you’re not going to get there.”

Warner Foods is “a great partner — someone really forward-looking in terms of where the consumer is going… and the economic opportunity,” said Noodles & Company CEO Dave Boennighausen.

Rick Cardenas, chief operating officer of Darden Restaurants Inc., said few changes were expected with his planned transition in May to succeed Gene Lee as CEO.

“If you think about it,” he said, “Gene, he’s been our CEO for seven years. He was the president for a year before that, and I’ve worked with him for the last seven helping set our strategy and the way we move forward, so I don’t anticipate a lot of changes.”

Portillo’s Inc. is investing in a new point-of-sale system, digital menu boards and more robust WiFi capabilities in 2022, in what CEO Michael Osanloo said will be a “big spend” year as the company catches the brand up with technology.

“You’re never going to hear us talk about being a technology company,” Osanloo said, “but we are fast followers of the very best and most proven technology enablers in the restaurant industry. We’d like to be a relatively fast follower — not bleeding edge.”

Shake Shack’s same-store sales surpassed pre-pandemic levels in the fourth quarter of 2021 as a suburban sales gained momentum. The turnaround comes despite the fact that the New York City-based fast-casual burger chain continues to see sales lag in its hometown, where it has nearly 30 of its more than 240 domestic locations — traditionally some of its highest-volume restaurants — and where sales remain down by more than 20%.

“The fact that we’re 9% comping over ’19 in the suburban Shacks and [are] overall positive for the company in Q4, considering the drag that our deep, high-volume urban Shacks continue to have in the company, I think it’s incredible… and that points to what the world can look like post-COVID, someday,” CEO Randy Garutti said.

TGI Fridays has joined the growing group of casual-dining chains leaning into pandemic-driven off-premises growth with the development of ‘Fridays on the Fly,’ which will be a new small format restaurant.

“What always inhibited the growth of smaller footprints was people still want to eat on Friday and Saturday night at 7 p.m., so if you don’t have the capacity to handle them, it’s hard to get to your average unit volume,” said CEO Ray Blanchette. “The pandemic changed all that. Now that 30% of our revenue comes away from restaurant, we can actually do both.” 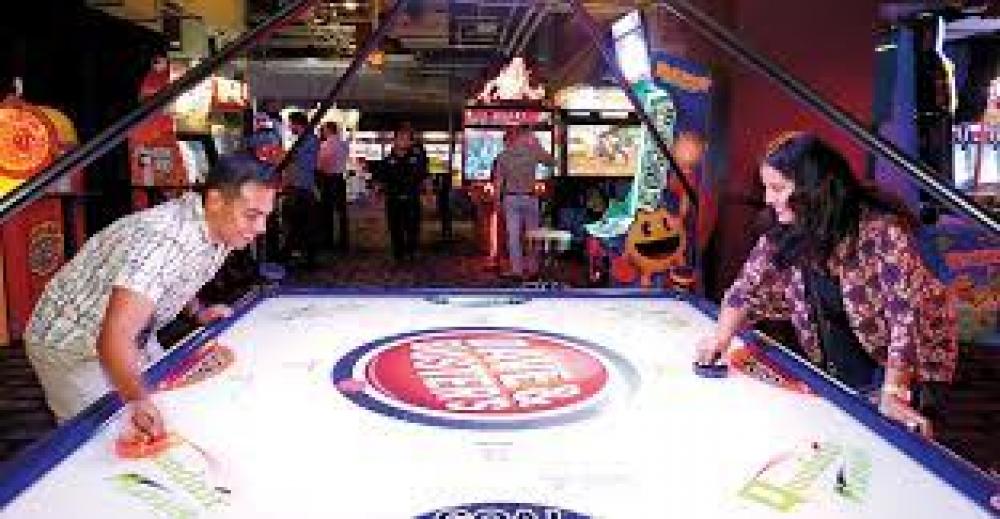