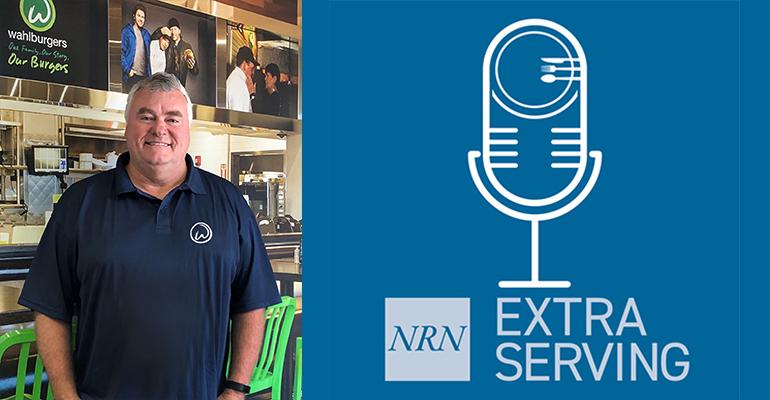 John Fuller, CEO of Wahlburgers, explains how the team has been able to grow the brand carefully and his new growth plans.
Data & Research>Top 500 Restaurants

Drive-thrus are transactional and Wahlburgers doesn’t plan any in the U.S. at this point, says Fuller

When John Fuller was named president and CEO of casual-dining chain Wahlburgers over the summer, he knew what he was getting into and had some big plans for the Boston-based brand, which has a TV following.

Fuller, formerly the CEO of The Coffee Bean & Tea Leaf and Johnny Rockets, had experience mostly in what he calls “transactional” meals, a direction he says he can’t imagine Wahlburger’s going at this moment. But, Fuller’s experience with growth was one of the reasons he was hired for this role, which sat vacant for almost a year following the promotion of Patrick Renna to president of Wahlburgers Holding Co. LLC.

“When I started, I thought oh [Wahlburgers] must have 300 or 400 units and was shocked when I saw there were only 50,” Fuller says in the podcast. He knew that with the name recognition the brand held, there was extreme growth potential. Wahlburgers expects to have over 80 units by the end of 2021. When Fuller started, there were 37 units.

In this episode, Fuller discusses why he can’t see drive-thrus as a viable option at this point and the daily collaboration with the Wahlburger brothers on everything from menu development to in-house marketing.