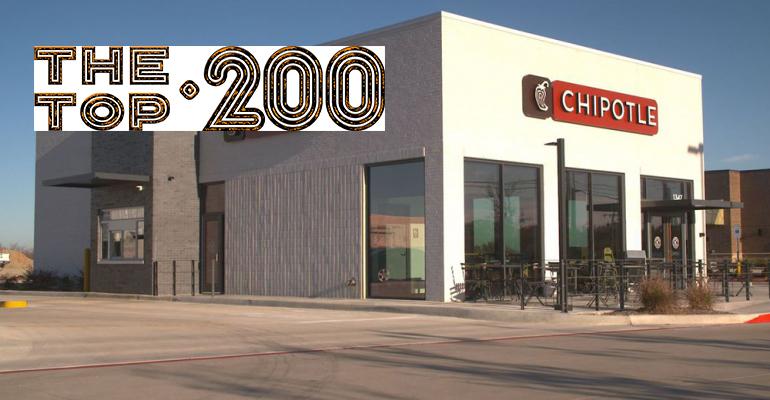 In the fourth quarter, he reported, the fast-casual chain saw same-store sales growth of 13.4%, the eighth consecutive quarter of accelerating comps improvements — and a string that closely aligns with Niccol’s tenure there. Also part of the quarterly news was an 8% increase in transactions.

As Niccol wraps up his second year at the helm of the Newport Beach, Calif.-based company, NRN takes a data-driven look at the brand’s turnaround under his leadership. Shortly after inheriting a brand still reeling from high-profile food-safety incidents, Niccol began making his mark right away. Within months of taking the CEO role in March 2018, he engineered the relocation of the chain’s headquarters from Denver to Newport Beach, Calif., and since then has aggressively pursued a strategy marked by increasing brand accessibility, adding new menu and driving digital sales.

Using Nation’s Restaurant News’ Top 200 research as well as company reports, we present a look at key metrics that track the impact of Chipotle’s food-safety challenges and its recovery, including notable growth in 2018 and 2019 under Niccol.

The one-time Taco Bell CEO and Pizza Hut marketing head said Chipotle’s momentum has been driven by key “fundamental strategies.” Those strategies, he said, included increasing brand visibility; using a more disciplined process for innovation and roll-out decisions; engaging more with guests through the chain’s rewards program, with 8.5-million registered users, to date; and by leveraging Chipotle’s new digital ordering and make-line infrastructure, such as in support of “Chipotlanes,” or vehicle drive-thru areas for app-ordered meal pickup.

One area that has yet to fully rebound to pre-food safety incident levels is average unit volume. Chipotle’s reported fiscal 2014 AUV was $2.5 million, but a series of foodborne-illness incidences beginning in 2015 resulted in store-level-sales erosion to $2.4 million in that year, before a precipitous 20.4% drop in same-store sales in 2016 left Chipotle’s average annual output per location at $1.9 million. Chipotle’s AUV’s have since increased for four straight years, to reach $2.2 million in 2019, but still fall short of 2015 levels.


“While Chipotle had an excellent 2019, what excites me the most is that we are just getting started. I believe we have the opportunity to continue to expand AUVs, margins and store count over time,” Niccol told stock trackers, analysts and journalists on the Feb. 4 call. “Our strategy has plenty of runway that should help drive healthy comps in 2020 while also improving flow-through.”

Correction: Feb. 18, 2020 This article has been updated to correct details of Brian Niccol's tenure at Chipotle Mexican Grill Inc.