* Corporate Texas Roadhouse locations, or 87% of U.S. system compared with 24 other NRN-tracked casual-dining systems or divisions

The Pie Five fast-casual pizza brand of Rave Restaurant Group Inc. suffered sequential and year-over-year same-store sales setbacks in its first quarter, ended Sept. 29, as comps dipped 12.2% compared with decreases of 7.3% and 1.8% in the previous and year-earlier quarters, respectively. The double-digit decline came a year after then-chief-executive Scott Crane, who left in July, shared, “We believe that Pie Five is turning a corner.” Brandon Solano, who was named CEO in October, noted that “Pie Five was a pioneer in the fast-casual pizza space” and said that “by reconnecting with consumers and tightly defining the key differentiators of the brand, we’re going to regain traction and turn the brand around.” 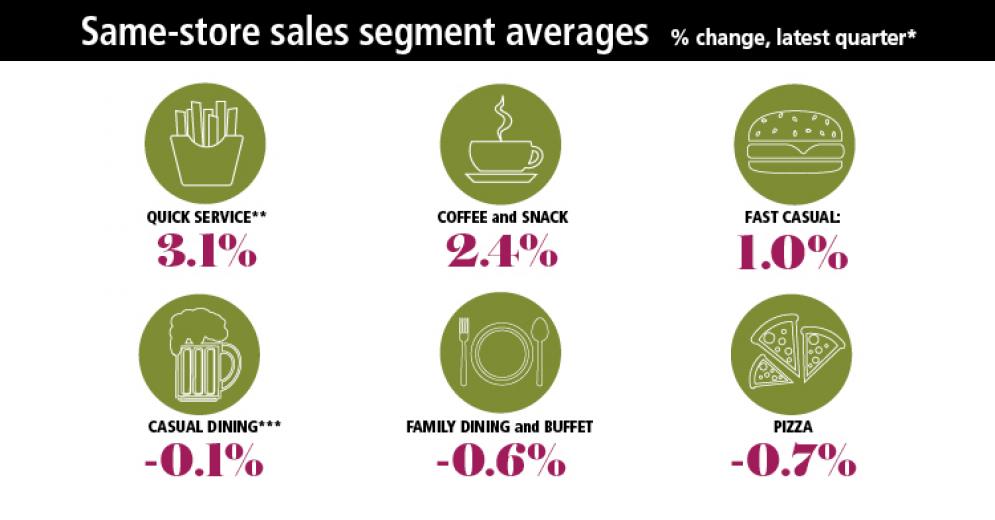