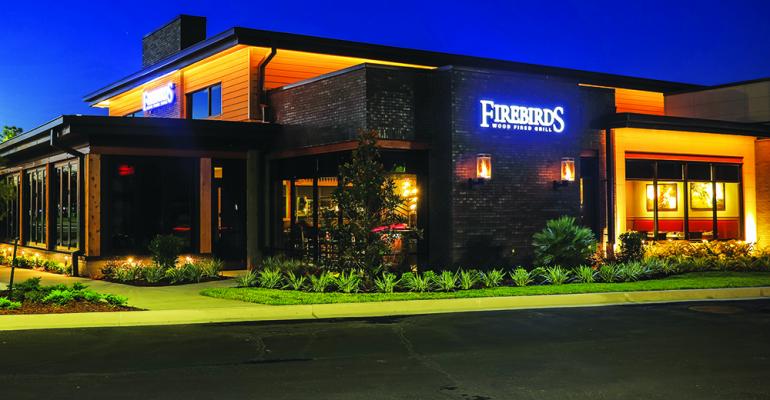 This is part of the Nation’s Restaurant News annual Top 200 report, a proprietary ranking of the foodservice industry’s largest restaurant chains and parent companies..

What is it? Firebirds stands out as a “polished casual” brand differentiated by wood-fired cooking and in-house butchering that supports guest requests for special cuts as well as “better service” and a “nicer environment,” with such design flourishes as wine walls and waterfall-inspired back bar displays, according to Stephen Loftis, vice president of marketing. The chain is known for a signature grilled bacon-wrapped filet mignon and for 200-average-seat locations ideally situated in or near combination live-work-play neighborhoods, or “lifestyle centers.”

Growth drivers: Beyond core concept attributes and real estate learnings, Loftis said Firebirds’ sales growth and entrances into new markets have benefited from the addition in late 2017 of online ordering, use of an online reservation-aggregation service and smart and aggressive digital marketing. Digital marketing efforts include social media initiatives and interaction with the 700,000 members of the Firebirds Inner Circle loyalty program. 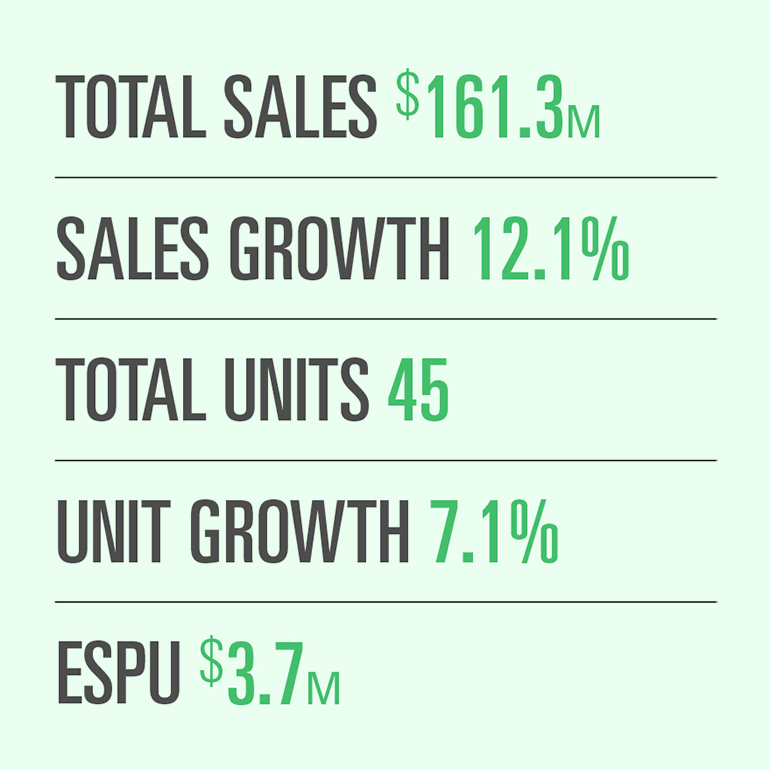