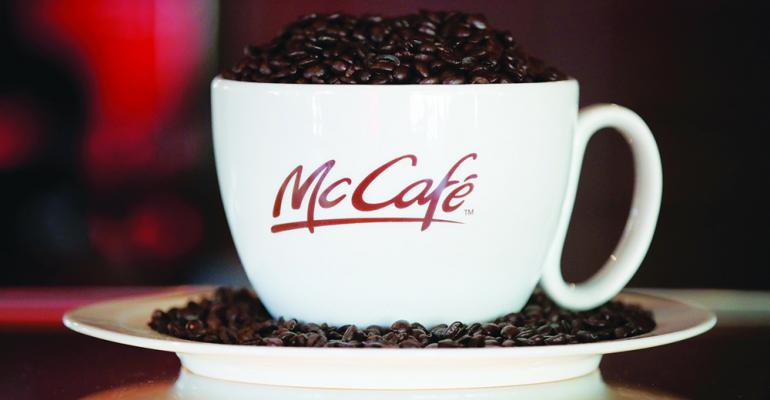 During the Latest Year, the McDonald’s Corp. added $1.25 billion in sales, the highest net dollar gain of any chain in the Top 200. This impressive year was spurred on by burgers and beverage sales, modernization efforts, and a focus on what the brand does best.

McDonald’s moved from the number 20 spot to eighth place in sales growth from the Preceding Year to the Latest Year in the Limited Service/Burger category of the Top 200. The chain saw sales growth of 3.4 percent. With sales of $37.6 billion, McDonald’s was in the number one spot for systemwide sales in its category for all chains. 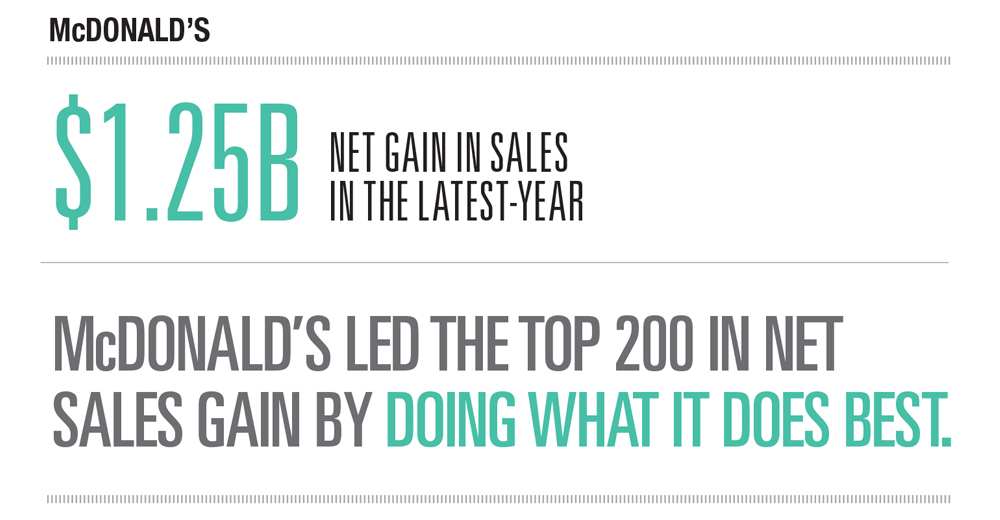 One of the areas where McDonald’s saw negative numbers was in units, but it was a decline of less than 1 percent. There are still over 14,000 units in the U.S., and Alan J. Liddle, NRN senior editor, data and event content, doesn’t read too much into the slight decline.

“There are a heck of a lot of McDonald’s in the U.S., and they are sorting things out, but it’s very controlled as far as what they’re shutting down,” said Liddle. “If you wanted to find a reason to be a little concerned maybe it’s because they are closing stores, but those net decreases are hiding a fair number of new-generation-store openings that could positively impact future system performance. And what they’re doing with their average unit volume is healthy too. They’re growing their store volume.”

Estimated sales per unit grew by over 4 percent to 2.7 million.

“There was a time not too long ago when people were talking about the demise of McDonald’s,” Liddle said. “People were expressing concern about how can they change things, how can things get turned around? So I think that it demonstrates that a well-run organization might be challenged in some years for certain reasons, but they have a pretty special DNA, and they’re doing OK. And they’re the biggest. When you can turn the ship and get it in the direction you want again when you’re that big it says something about being focused.”

Speaking of focus, McDonald’s has slimmed down its menu and emphasized value and straightforward pricing.

“They’re improving what they do,” restaurant analyst Mark Kalinowski said. “They’re not sitting back and thinking, ‘We’re McDonald’s, we’ll get a certain amount of business no matter what.’ And crucially, they’re not trying to be something they’re not either. They’re not going out there and trying to do something that the brand really can’t do. I think a really good example of what’s going on right now is rolling out the fresh beef for that quarter-pound beef patty.” 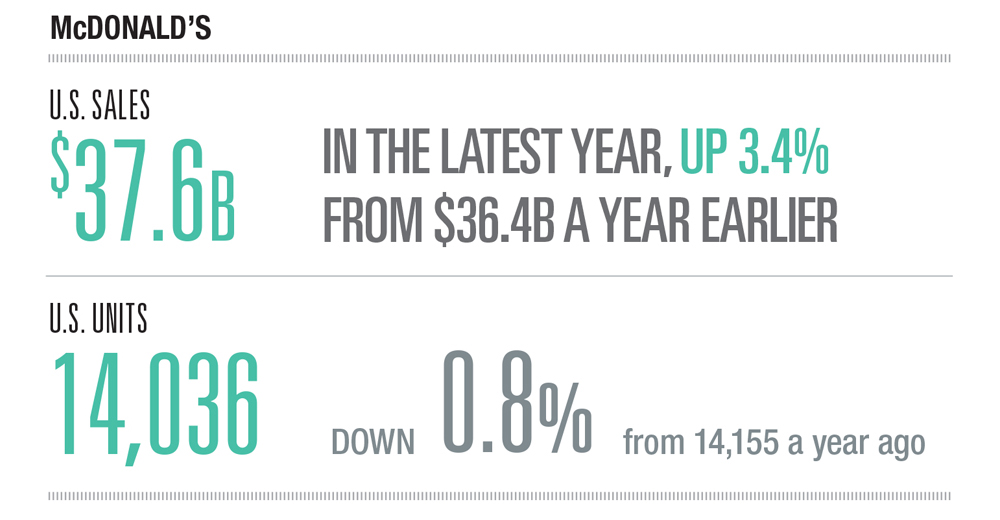 In March, McDonald’s announced it would use fresh beef in its Quarter Pounders by mid-2018, and test runs throughout the country have seen positive reactions.

Around the same time, McDonald’s tested an expansion of its McCafé beverages. Coffee chains generally outperformed the rest of the industry in the Latest Year, and the brand has worked on becoming a beverage destination.

“The McCafé concept-in-a-concept caused rancor among some franchisees in the early going because it was another investment, took longer to work out than anticipated and was a harder business than it appeared at first blush. In the end, however, I think most would agree that McCafé was a positive move for the business in light of America’s coffee habit,” Liddle said.

Outside of menu development, McDonald’s rolled out plans for “Experience of the Future,” or EOTF, which includes self-order kiosks along with app and delivery advancements.

Expect more improvements aimed at making McDonald’s the most convenient choice, said Kalinowski. “There’s a lot of ways that McDonald’s has said they want to essentially integrate digital as a part of the McDonald’s customer experience to enhance that customer experience,” he said. “We’re just in the early days of those today in the U.S.”

“Running better restaurants is expected,” Chris Kempczinski, president of McDonald’s U.S., said during the company’s third-quarter earnings call in October.  “And we’ve outlined an exciting, ambitious growth plan — one that requires investment. As you put those two together, the performance expectations and the investments, we’re seeing some owner-operators who say that now is a good time to exit the system.”