The leaders of the pack

In the crowded fast-casual pizza segment, two chains — MOD Pizza and Blaze Fast-Fire’d Pizza — emerged as dominant in 2017, growing annual domestic sales by 80 percent and 51 percent, respectively, and now virtually neck-and-neck in the race to the top.

Though the two chains have fairly similar menus, and both go out of their way to appeal to Millennial sensibilities, their approaches are pretty different.

Blaze, based in Pasadena, Calif., focuses on the experience. 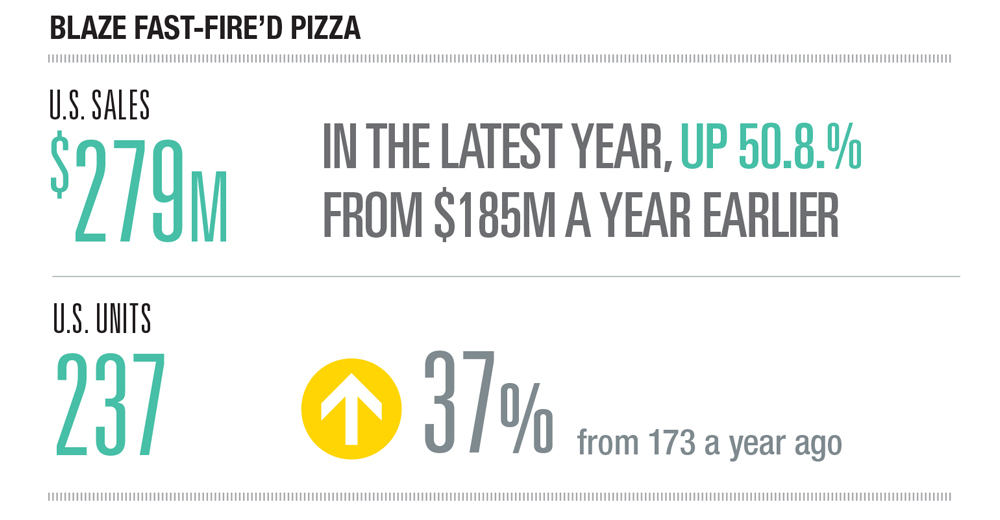 “We’ve said from the beginning that Blaze is a modern-day pizza joint,” CEO Jim Mizes said. Young and hip, with positive energy and a cool design, Blaze was developed as a place where people like to hang out, Mizes said. The music is carefully curated so they don’t play current hits, but music for Millennials who are “hip, cool, leading edge, progressive etc.,” Mizes said.

“There’s only been a few songs that I’ve heard in the five years that I’ve been there that I’d heard on the radio. … It’s a unique approach to music in a restaurant,” he said.

Blaze also happily promotes its star appeal, making use of its most famous investor and franchisee, basketball superstar LeBron James, as a spokesman who, as Mizes likes to say, helps them “punch above our weight.”

“They are our engine of growth and continue to reinvest in the brand because of the success that we’ve had,” Mizes said of Blaze’s more than 50 franchisees.

He said they’re experienced restaurateurs who operate other brands, have maxed out their markets and are looking to expand so they can promote their talented staff members.

“That’s really one of the foundational strengths of Blaze,” he said.

MOD, on the other hand, based in the Seattle suburb of Bellevue, Wash., is 80 percent company-owned and seeks to tap into another trait attributed to Millennials — the desire to do good. 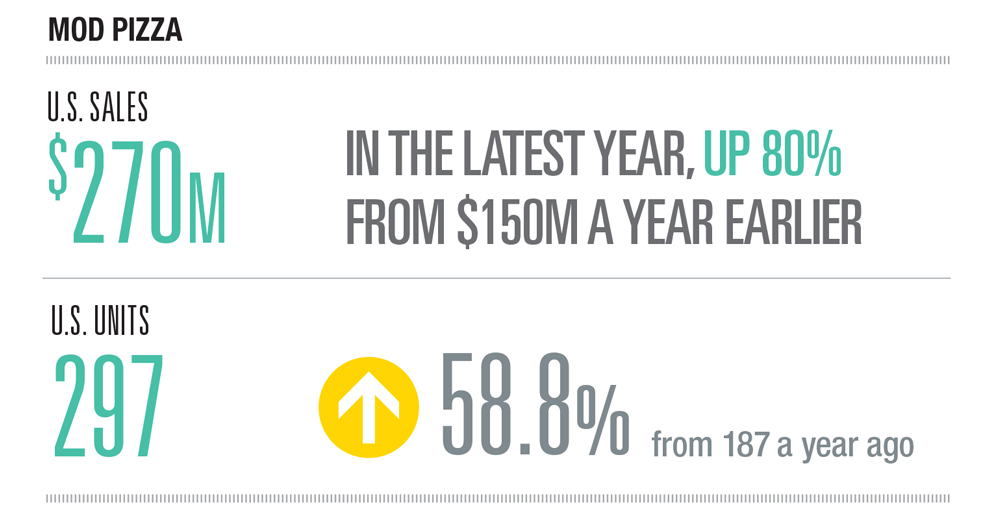 Husband-and-wife team Scott and Ally Svenson founded MOD Pizza in 2008 with the express interest in having a positive social impact.

“That’s kind of where we start,” Scott Svenson said. They hire people who might have trouble being hired elsewhere, such as those who were recently in prison or in rehab.

“They need someone to believe in them and give them a chance,” he said. So the Svensons have not only done that, but they also created a culture that accepts them and has a support network in place to make them successful.

The starting salary at MOD tends to be well over minimum wage, and staff members get a free meal during their shift. When they’re off work, they get a 50 percent discount for them and their guests.

MOD also has a strong charity component. While ringing up $270 million in sales last year, the chain also donated more than $1 million to community organizations, including Generosity Feeds, which they’ve partnered with, to give more than half a million meals to kids who face food insecurity.

Of course, both Millennial-facing brands have some things in common, too. MOD’s music is also carefully curated — its custom radio station that plays at every location can also be streamed from the chain’s website. And Blaze also has values that appeal to young people, such as “clean” ingredients free of artificial colors, flavors and preservatives, and eco-friendly packaging.

They’re also highly profitable, which, as Mizes said, is why they can continue to expand.

NRN estimates that Blaze’s sales per unit are some $245,000 more than MOD’s, but Svenson said profits have been good enough that the chain has raised more than $180 million from
equity investors who buy into the model of doing well by doing good.