Chick-fil-A boosts sales per unit, despite being closed on Sunday

The Atlanta-based chicken-and-two-pickle chain ranked No. 3 in U.S. chain systemwide sales, just behind McDonald's and Starbucks. The chain rose four spots from No. 7, edging out Subway, Taco Bell, Burger King and Wendy’s in Latest-Year rankings. 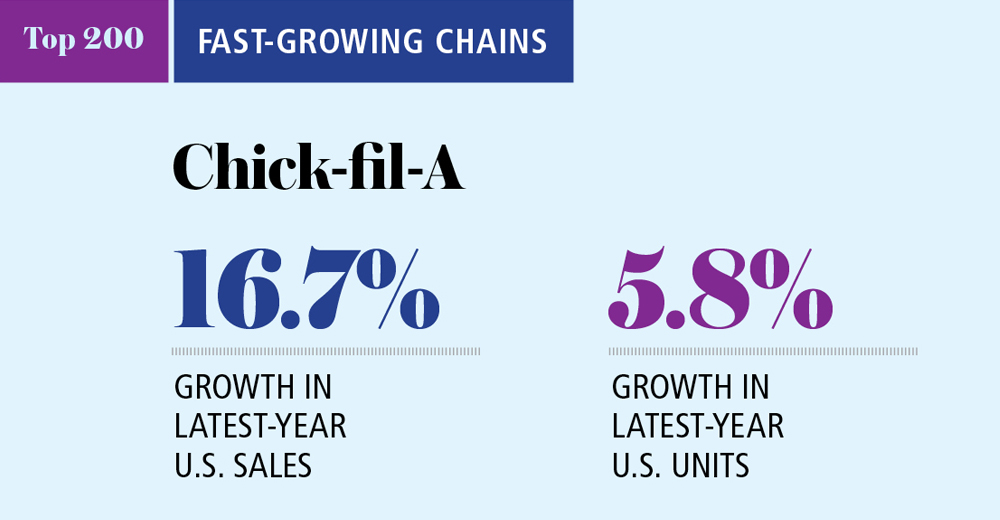 Chick-fil-A’s U.S. sales gain of nearly $1.5 billion in the Latest Year was more than the net sales gain of leading chains nearly twice its size.

The sales were impressive for a 55-year-old brand, which Truett Cathy founded as a mall food court concept. The first freestanding Chick-fil-A opened in 1986, also in Atlanta, and the brand tapped the Holstein cows with the “Eat Mor Chikin” message in 1995.

Chick-fil-A has been on a growth trajectory ever since.

Despite being closed on Sundays, Chick-fil-A’s Estimated Sales Per Unit hit $4.6 million, up 9.6% from $4.2 million in the Preceding Year. 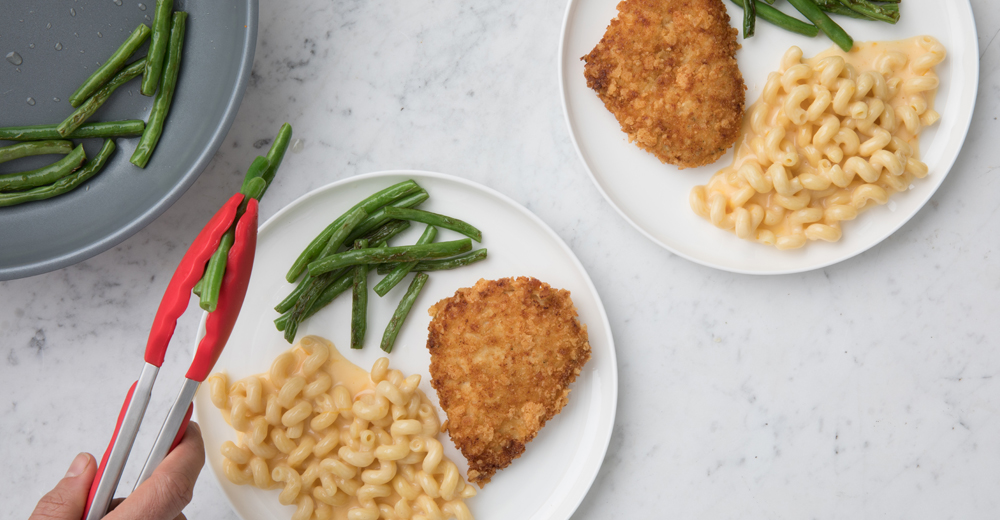 Chick-fil-A has not been resting on its laurels or toasted butter buns.

In October 2018, the company debuted the first of two test units focusedsolely on catering, delivery and carryout, forgoing counter-ordering entirely.

“New test locations in Nashville and Louisville have no dining rooms but focus on catering and delivery,” the company said, citing the need to meet “a growing demand for food to go.”

Those test units serve as hubs for catering and delivery, and the Nashville restaurant was opened as a cashless location, taking only credit and debit cards for payment even from walk-in customers.

Dovetailing with those units, Chick-fil-A also last August tested meal kits at 150 of its Atlanta-area units.

The “Mealtime Kits,” initially available only in restaurants at the chicken chain’s Atlanta hometown market, featured pre-measured ingredients, which yielded a full meal within 30 minutes were priced at $15.89. 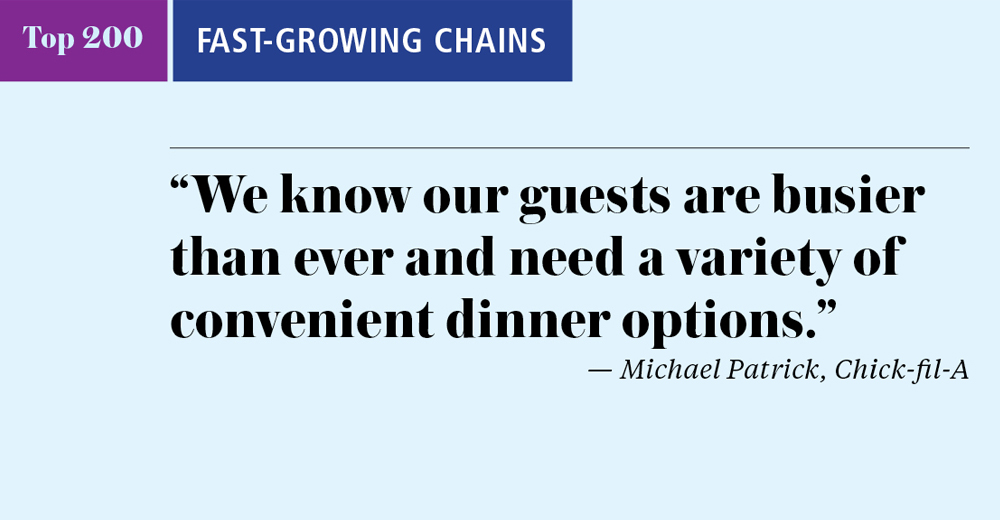 “We know our guests are busier than ever and need a variety of convenient dinner options,” said Michael Patrick, who oversees Chick-fil-A’s innovation and new ventures, in a statement. “We’re excited to offer Mealtime Kits as a new way for us to serve our guests by providing fresh ingredients to enjoy a delicious meal at home.”

The test included a rotating menu of five meal-kit recipes: chicken Parmesan, chicken enchiladas, Dijon chicken, pan-roasted chicken and chicken flatbread. Two of the five recipes were available at a given time.

Setting its sights beyond the domestic market, Chick-fil-A also last July announced it was making its first franchise push outside the U.S., seeking restaurant partners in Toronto, Canada.