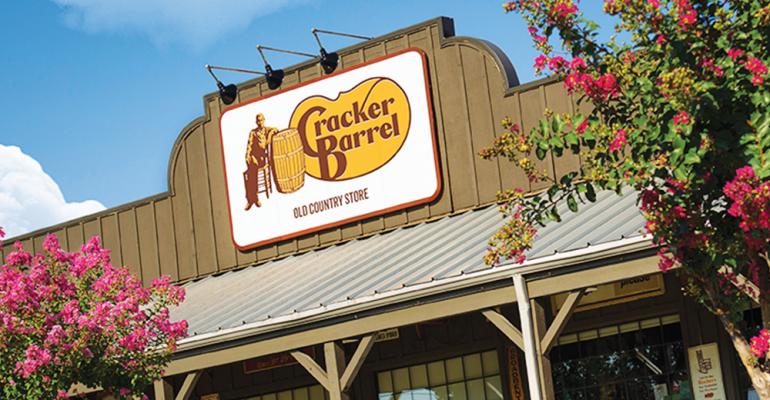 It was a tough year for Family-Dining restaurants, with most chains posting declines in domestic annual sales. That included the top grossing chain, IHOP, which saw estimated sales dip 0.8 percent, to $3.1 billion, despite opening a net 33 units — the most new restaurants in the segment.

Golden Corral, Bob Evans Restaurants and Perkins Restaurant & Bakery all continued to close units, as they did in the Preceding Year, and Estimated Sales Per Unit also shrank at those chains.

Don Hoffman, Cracker Barrel’s senior vice president of marketing, pointed to the chain’s value proposition, as well as consistency and warm service, as the keys to its success, although a boost in off-premise dining helped, too.

“We are committed to hiring people who understand what goes into serving others,” Hoffman wrote in an email. “And once on the job, we provide them with the opportunity to grow their skills and grow with our company. Our people are our greatest asset.”

But the chain has also responded to the changing demographics of customers and the growing interest of consumers in eating at home.

In November 2016, Cracker Barrel introduced a Heat n’ Serve offering for Thanksgiving and Christmas, allowing customers to pre-order holiday meals for up to 10 people to eat at home. It was successful enough that the chain also offered it during Easter.

Hoffman said the chain was also evolving its marketing strategies to reach a broader audience. “Through investments in our music and entertainment program, our social media platforms and other initiatives, we continue to find new and innovative ways to reach a younger and more diverse audience,” he said.

Meanwhile, Waffle House continued to plug along, with a 1.8-percent increase in estimated sales.

Denny’s also had a decent year, with 1.7-percent growth in sales and a 1.2-percent increase in Estimated Sales Per Unit.

The chain continued an ongoing menu revamp in 2016, improving core items such as pancakes, which it upgraded with real eggs, vanilla and buttermilk.

To support the launch Denny’s introduced several limited-time pancake meals — with toppings such as cinnamon sauce with cream cheese icing, and chocolate chips with peanut sauce — along with a media campaign promoting the new item as a replacement for those made by beloved family members. Geo-targeted Snapchat filters and a new episode of Denny’s animated web series, The Grand Slams, rolled out.

“When we launched an entirely new recipe for pancakes, it wasn’t because our guests thought our old recipe was bad,” Denny’s chief marketing officer John Dillon wrote in an email. “In fact, our guests already thought our pancakes were good. However, if we were going to deliver on our quality and value promise, we felt we owed it to our guests to make them even better.”

The chain has improved more than 77 percent of the menu since 2010, Dillon said, with nearly half of that accomplished in the past three years.

“We’ve also been incredibly strategic, and have successfully reduced our total number of menu items,” Dillon added, “enabling our operators greater focus and execution for our guests.”

Denny’s has additionally continued the Heritage remodeling program that reinforces the brand’s image as “America’s diner,” and has reportedly resulted in same-store sales increases in the mid-single digits.

Dillon said more than half of the chain’s locations had completed the remodel as of the end of 2016.