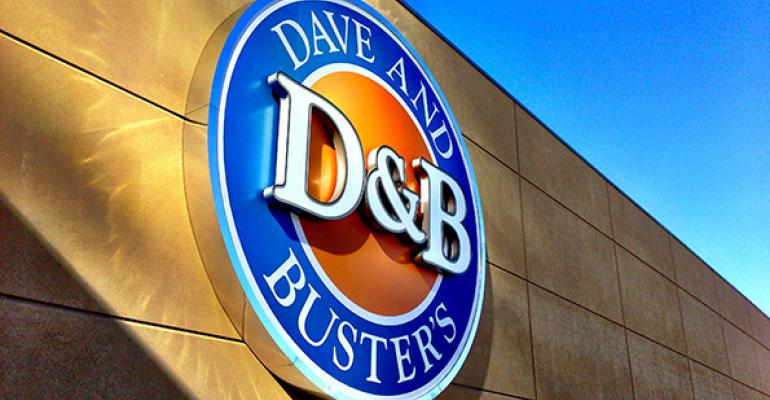 Leaders in Top 100 Casual-Dining sales growth shared an ability to make the occasion customizable, even though the category slipped slightly in overall market share.

Dave & Buster’s led the segment in systemwide U.S. sales growth in the Latest Year, up 15.8 percent from the Preceding Year, and it nearly doubled the pace of No. 2 Cheesecake Factory, at 8.6 percent, and No. 3 BJ’s Restaurant & Brewhouse, at 8 percent.

The distinct laggard in the segment was Ruby Tuesday, which closed more than 100 restaurants in 2016. The Maryville, Tenn.-based Casual-Dining chain posted a 15.6 percent decline in estimated sales in the Latest Year.

“Although we are certainly not immune to the macroeconomic environment,” said Stephen King, CEO of Dave & Buster’s, in a December third-quarter earnings call, “the uniquely customizable experience we provide across four platforms — eat, drink, play and watch — provides us with some degree of insulation from casual-dining trends.”

The brand focused on new menu items in the Latest Year. “Menu innovation continues to be a hallmark of our brand and our guests have responded favorably to recent introduction such as Carnivore Pizzadilla and Smoked Turkey Melt as well as several new one-of-a-kind cocktails,” King said in a year-end earnings call.

And the entertainment aspect also got a signature flourish. Dave & Buster’s in the Latest Year began providing proprietary games such as Star Trek, Tailgate Toss and Rock ’Em Sock ’Em Robots that could not be found in other venues and helped garner more return visits to the big-box sites. For the full year, Dave & Buster’s sales in both food and amusements exceeded
$1 billion for the first time.

Casual Dining’s strength remained in its ability to pull in high Estimated Sales Per Unit levels, which can easily eclipse most others in the Top 100 segments. The average ESPU for all Top 100 chains was $2.1 million in the Latest Year, up about 0.6 percent from the Preceding Year. Casual Dining’s average ESPU, however, was nearly twice that average, hovering at $4.2 million per unit and down slightly from the Preceding Year.

Dave & Buster’s led the ESPU Casual-Dining sweepstakes in the Latest Year, booking $11.7 million per unit, up from $11.3 million in the Preceding Year. The Cheesecake Factory was No. 2 in ESPU rankings with $10.9 million per restaurant, follow by Yard House, a division of Darden Restaurants Inc., at $8.1 million.

Sales growth at Dave & Buster’s was also bolstered by a 12.5 percent increase in its number of U.S. units, expanding to 90 in the Latest Year from 80 at the end of the Preceding year. The concept led the Casual-Dining category in percentage of unit growth, followed by BJ’s Restaurant & Brewhouse at 9.4 percent unit growth, ending the Latest Year at 187 units, and Texas Roadhouse at 4.7 percent, ending with 486.