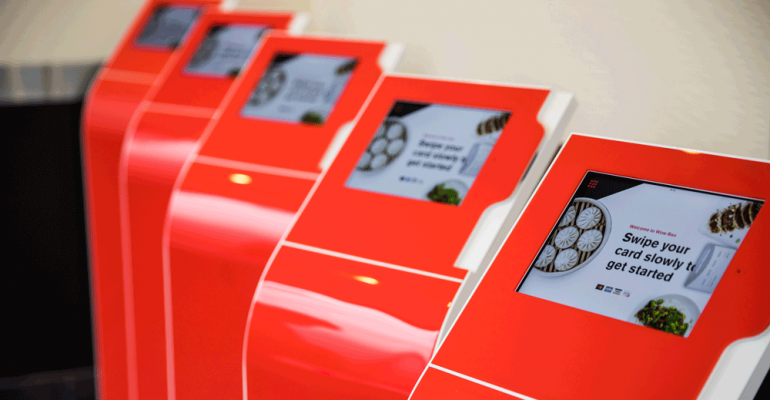 Wow Bao will license Eatsa’s automation technology for its sixth Chicago store, which will open Dec. 1 in the city’s Gold Coast neighborhood, the company said Friday.

The quick-service concept, created by Lettuce Entertain You Enterprises Inc., recently drew a majority investment from Chicago-based Valor Equity Partners, which has partnered with Eatsa.

San Francisco-based Eatsa closed all but two of its seven automated locations in October and said it would increase its focus on helping other restaurants use its technology platform. “When I first heard about Eatsa’s technology back in 2015, I knew they were onto something special,” said Geoff Alexander, Wow Bao president, in a statement. “The platform created a seamless customer service experience that was both entertaining and efficient. I knew right away it would be the perfect piece to incorporate into our future locations.”

Wow Bao said the new restaurant will enable digital ordering via mobile app or in-store kiosk. After orders are placed, customers will pick up their food via one of 12 custom cubbies, outfitted with light-emitting diodes. The cubbies will display the guest’s name along with social media-friendly animation, and customers can tap the cubby window to access their orders.

Wow Bao said a “concierge” will be on hand at the steamed buns-and-dumpling concept to answer customer questions and explain the process.

“We couldn’t be more excited to be the first restaurant partner for Eatsa,” Alexander said, “and look forward to delivering the same high-quality food our customers expect in a way they have never seen before.”

Wow Bao was an early user of mobile and kiosk ordering, and the company recently opened a delivery-only restaurant in Los Angeles.

Wow Bao said it would launch a new mobile app with the opening of the automated location.

In addition to a menu with new bao and rice bowl options, Wow Bao said it has created a coffee program with Do-Rite Donuts for breakfast and late-night customers.