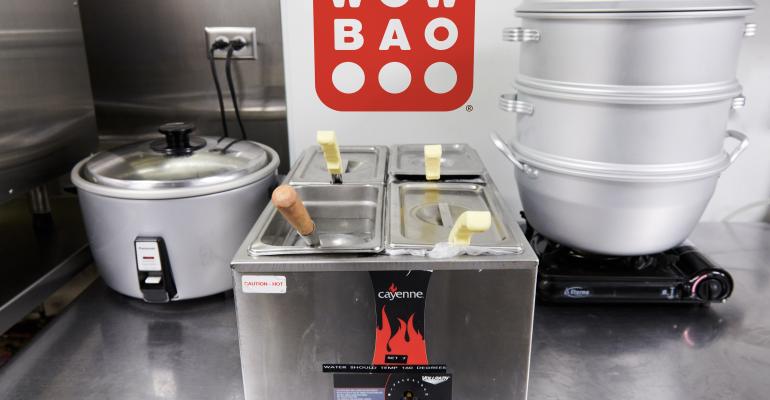 The program, powered by Paytronix, demonstrates the importance of marketing for non-brick and mortar brands

Lettuce Entertain You’s Wow Bao just announced a rewards program for its network of 600+ virtual restaurants. Although the program — called Bao Bucks and powered by Paytronix and DoorDash — does not offer a revolutionary take on loyalty in the realm of digital rewards, Bao Bucks is one of the first programs of its kind for the virtual restaurant industry.

Here’s how it works: Bao Bucks allows members to earn one point for every dollar spent on Wowbao.com. For every 100 points, guests receive $7 in Bao Bucks and have 60 days to spend that $7.

For Geoff Alexander, president and CEO of Wow Bao, Bao Bucks will be a crucial piece of the puzzle for connecting with customers, even when the only visual connection they have to the brand is a takeout bag.

“I think connections are so important in the virtual space,” Alexander said. “Trust is the most important thing that you have with that guest because they’re not coming to your store and you're not able to deal with them face-to-face. So as a way to grow that connection, loyalty and communication is important, and that was a driving force of creating the loyalty program.”

Although having a connection to the brand is not as challenging for Wow Bao, which does have a robust traditional brick and mortar brand, it may be for a virtual brand starting from scratch. Therefore Alexander thinks it’s only a matter of time until other virtual brands follow suit with loyalty programs.

“By bringing the loyalty aspect to it, I think it gives validity to the operation you’re running,” Alexander said. “It raises the bar of the expectation of the guest. It's evolution and innovation for our industry.”

Although the Bao Bucks program right now is pretty simple and straightforward, Alexander is hoping to keep adding more features and evolving it as they learn more from guest preferences. In the long-run, he’s hoping to have 100,000 people sign up for the program and possible connect the company’s newer virtual concept, The Skinny Butcher, to the program so customers can earn points for both (though that would be farther down the pipeline).

“In the last two years, people have definitely been watching where and how they spend their money,” Alexander said. “And with what's going on the economy right now, I think it's become more prevalent than ever. If you can reward folks for spending their hard-earned cash, then people are doing to take advantage of that.”