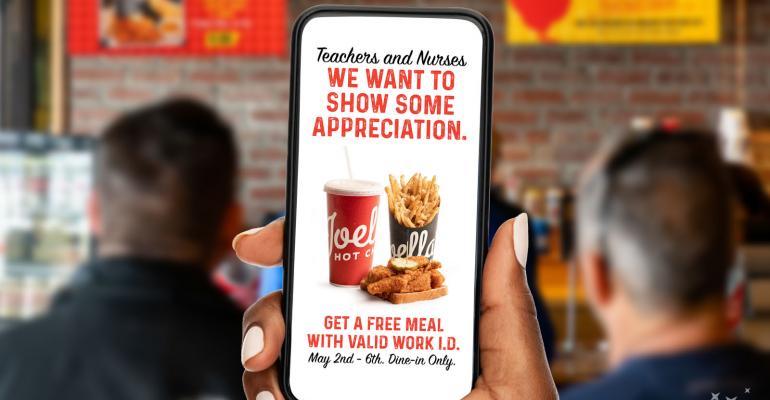 What restaurants are learning from NFTs without investing in blockchain

Even though NFT membership clubs in the hospitality space have been making a splash, they still represent a minority of restaurant operators, many of whom are too focused on inflation, labor challenges and food costs to add learning about and investing in blockchain to their to-do list.

But there could be a loophole: the attraction of many of these NFT-based memberships and rewards programs is for customers to join an exclusive club that offers discount and non-discount-based perks. Thanx recently added a new feature to its growing Loyalty 3.0 program offerings called Access Pass, which is free to sign up, that lets operators experiment with new VIP benefits like a “skip the line” feature, exclusive reservation timeslots, and collectible swag. Jennifer Faren, vice president of marketing at Hopdoddy Burger Bar, wants to update the company to Access Pass soon, even though NFT programs are not in the cards for them.

Related: The NFT-backed concept SHŌ to debut in San Francisco in 2023

“When we start talking NFTs, it’s very confusing and it’s hard to know if they’re real or not,” Faren said. “If our frontline teams in the restaurant can’t explain things, I can’t have confidence in us doing them. I would want to get to the point where it becomes more mainstream before even thinking about going down that road.”

But for now, Faren does like the idea of going above and beyond for guests, especially VIP “regulars,” instead of just indiscriminately offering coupons to everyone. Hopdoddy’s guests, she said, just aren’t motivated by the ‘carrot and stick’ methodology of discounting, and as a more premium brand, the company rarely offers discounts to begin with.

“If you're hamstrung in your program by a lot of expense that it’s not really motivating incremental behavior, you’re discounting guests that would have come anyway just to get that visitor data,” Faren said. “I realized that I don’t have to pay customers to get their data. I can get in in a different way, by being more customized and more focused on getting the best returns.”

Instead, Hopdoddy customers — much like the members at the premium NFT-based hospitality clubs popping up in major cities — are motivated by exclusivity, like having access to a burger of the month menu item before everyone else, special chef-driven menu item release parties, and dinners for members.

“Our guests want to get that feeling of, ‘I come here all the time, so I get special perks and access to things that other people don't,’” Faren said. “They want that feeling of being so valuable to the brand.”

While Louisville, Ky.-based Joella’s Hot Chicken finds that its customers are motivated more by discounting — which has been made easier since introducing the company’s digital loyalty program — the emerging hot chicken chain uses the new Thanx Access Pass to focus and personalize perks. For example, COO Tye Pollak said that one of the company’s restaurants is in a nightlife district, so they offer double points for customers that come in late night at that location. For National Nurses and Teachers Appreciation Week, Joella’s offered a free entrée to anyone who showed their work ID in those fields. Based on that data, they will be able to specifically target that demographic in offers moving forward.

“I hope that we can make our exclusive offers and perks more personalized,” Pollak said, who also said they were toying with the idea of secret menus and other exclusive perks. “We want to make sure what we’re sending out is going to appeal to that demographic, so we can know if you like wings, if you like tenders, and what you’re motivated by.”