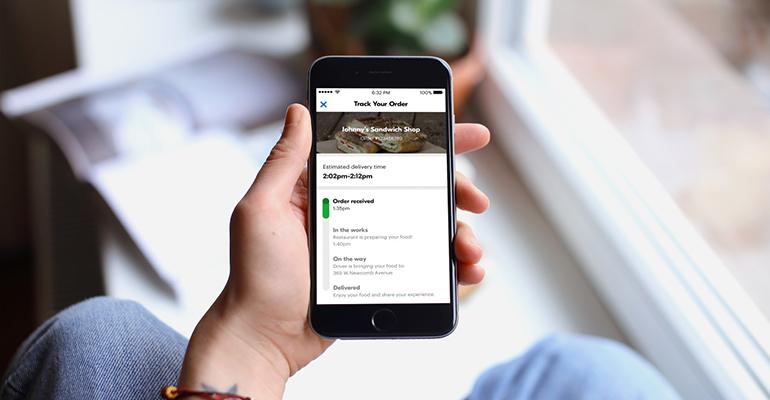 Anger has boiled over from restaurant owners who have discovered their restaurants on third-party delivery sites and experienced a range of problems.
Operations>Technology

Third-party delivery providers have increasingly used non-partner restaurants to grow their businesses. These restaurants have no contract with the providers, so an operator might not even know that its restaurant is listed. Postmates and DoorDash has listed such restaurants for years, and Grubhub, feeling the pressure to expand its listings, has recently started as well.

Even if a restaurant doesn't partner with a marketplace, research has found that a majority of consumers blame the restaurant when something goes wrong with an online order, according to a study from marketing firm Zion & Zion.

Pim Techamuanvivit, the chef and owner of San Francisco-based Kin Khao restaurant, has been one of the loudest voices in this debate over the legitimacy of non-partnered restaurant listing.

If you want to hear another story about how @seamless @grubhub, and @yelp are defrauding us restaurants and their customers, pull up a chair. I have a story to tell.

She spurred on other restaurant owners to speak up. Techamuanvivit doesn't even offer takeout at Kin Khow, but she discovered that a menu for a different restaurant was listed on Grubhub under Kin Khao's name. The restaurant has since been removed.

To list a non-partner restaurant, providers find menus through automated searches, often pulled from a restaurant's website. Typically, a diner will pay a higher fee for such an order, and a courier from one these companies will order over the phone or in person and pay with a company-issued credit card. A customer most likely would not be aware that the restaurant was a non-partner restaurant.

Postmates has been listed non-partnered menus for years. 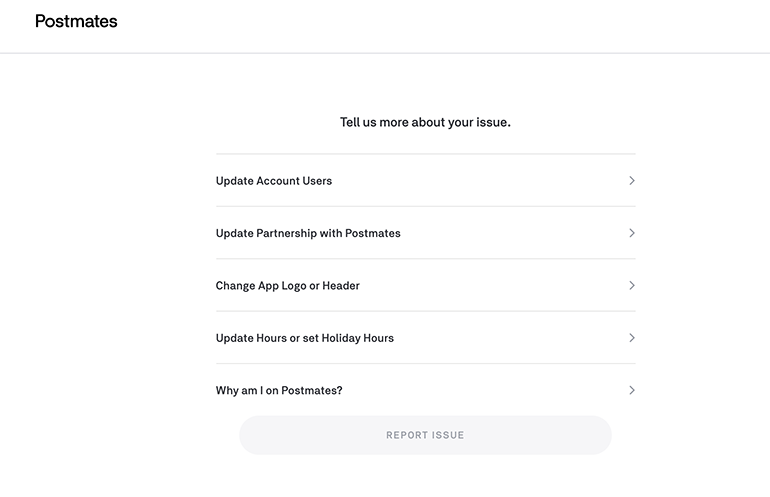 Why am I on Postmates?

"Our customers rely on Postmates because we offer the most choice of any platform. We have great partnerships with restaurants large and small across the country and drive incremental business to them," said a Postmates spokesperson. "With that said, in the off chance a merchant wants to be removed from the platform, all they have to do is reach out to us and we'll remove them."

Here's a link to the online form to start the removal process.

Representatives from Grubhub and DoorDash both stressed that a majority of orders come from partnered restaurants. DoorDash refers to the non-partnered orders as a "courier service for customers to restaurants in their neighborhood."

"For many restaurants, being listed on our app is considered a helpful trial test towards a formal partnership that provides additional benefits and services," according to a DoorDash spokesperson. "For those not interested in being on DoorDash for any reason, we immediately remove them from the platform upon their request.”

Here is the link to request removal of or edit of a non-partner restaurant menu on DoorDash.

Grubhub is newer to working with non-partnered restaurants.

"Historically, we'd only chosen to list partnered restaurants, and we still firmly believe this is the right way to build the marketplace and the only way to drive long term value for diners, restaurants and drivers," according to a Grubhub spokesperson.

"But it also takes longer to build the network this way, and other food delivery companies have chosen to list non-partnered restaurants on their marketplaces for years to widen their supply of restaurants. We're trying this as a way to close the restaurant supply gap and drive more delivery orders to local restaurants."

Like Grubhub, Uber Eats has only recently added non-partnered restaurants to its listing. A spokesperson for Uber Eats said the practic had become a new industry standard, but that the company had heard feedback from restaurants and created an online form for restaurants to opt-out.

"We are beginning these experiments in an effort to increase selection on the platform for consumers, and we also anticipate that it will introduce restaurants to the wide network of Uber users—and they can opt out of the program quickly and easily, or become an Uber Eats partner," the Uber spokesperson said.

Update February 12, 2020: We've udate this article with responses from Postmates and Uber Eats.