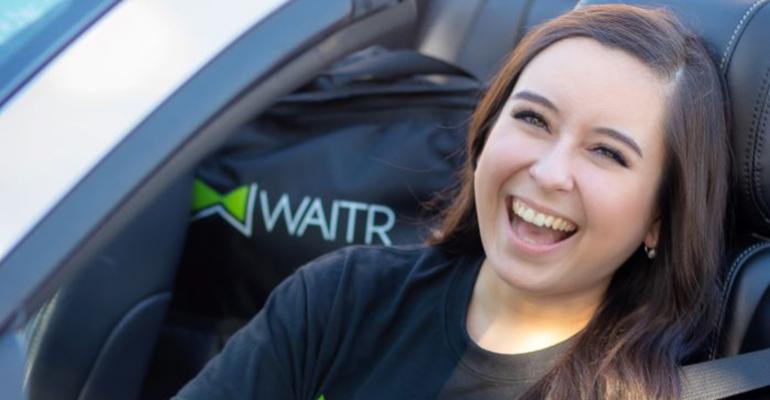 Third-party delivery company Waitr has set itself apart from larger rivals by constantly reminding restaurants that its delivery drivers are W-2 employees, a model that ensures a consistent experience.

That model, however, is coming to an end for the troubled Louisiana-based on-demand delivery company.

Waitr works with chains and independent restaurants in cities with populations ranging from 50,000 to 750,000. The layoffs come after newly installed CEO Carl Grimstad replaced Adam Price in January amid staggering losses for the company.

It's unclear if the transition will impact delivery services for restaurants.

Company spokesman Dean Turcol said Waitr is not “commenting on the moving of our drivers to independent contractors.”

In its latest quarter, Waitr reported a net loss of $220.1 million and revenue of $49.2 million. Waitr also owns Bite Squad.

Grimstad is the company’s third CEO in less than two years. He is the co-founder and former CEO of credit and debit card solutions company iPayment Inc., now called Paysafe. In 2017,  a wrongful termination lawsuit between Grimstad and iPayment resulted in an $11 million settlement for the former CEO.

Troubles at Waitr come as the nation's largest third-party delivery operators fight for market share in the competitive space led by DoorDash, Grubhub and Uber Eats.

According to the latest data from ecommerce research firm Edison Trends, DoorDash maintained its lead among third-party delivery companies with a market share of 34.6% in January 2020. Uber Eats remained in second place with 28.8% market share during the same period, while Grubhub stood at 21.7%, according to the report based on more than 150,000 transactions in the U.S.

Restaurants, tired of profit-hurting commission fees, are engaging in new tactics to make delivery sustainable including adding premium pricing and moving to native delivery through branded apps. Some are also rising up to fight a longstanding practice of listing non-partner restaurants on third-party delivery sites.