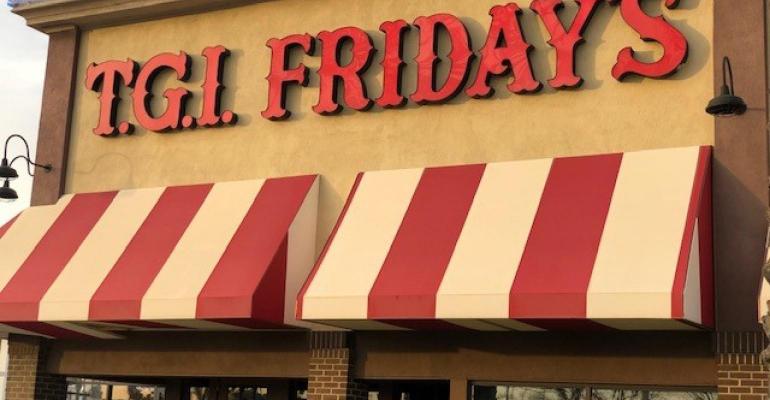 Now, in addition to delivering Krispy Rice sushi and Kumi Japanese tacos to customers, Fridays will also run competitive eater Matt Stonie’s brand Stonie Bowls (teriyaki and poke bowls) out of its digital kitchens. All three brands will now be available in expanded markets throughout the country, including California and New Jersey. Customers can order from any of the three TGI Fridays virtual brands through C3’s Go by Citizens virtual food hall mobile app, and mix and match from different brands in one order.

“As the virtual restaurant industry continues to innovate, we are thrilled to partner with America’s favorite restaurant brand TGI Fridays, complementing our virtual restaurant brands with Fridays popularity and scale to provide for added revenue opportunities,” C3 founder and CEO Sam Nazarian said in a statement. “The sky is the limit with our work together and as we plan to expand our partnership across the country.”

TGI Fridays partnership with C3 began in August 2021 with the announcement of that Fridays' parent TriArtisan Capital would be investing $10 million in the rapidly expanding technology platform known for its virtual brands and food halls. In fall 2021, Fridays began testing its new partnership by rolling out Krispy Rice to select markets in Maryland and Orange County, Calif. Eventually, the partnership grew beyond the ghost kitchen and as of June 2022, Krispy Rice sushi is on the menu at 17 TGI Friday’s dining rooms.

For now, however, the expansion into new markets and addition of Stonie Bowls will be through delivery-only partnerships. Though TGI Fridays seems to be pretty open to experimenting with virtual brands, so more announcements could come down the road.

“We’re finding that the virtual restaurant revenue is completely incremental,” Fridays CEO Ray Blanchette said in an interview with Nation’s Restaurant News in June.  “These are new guests to TGI Fridays, so [the C3 partnership] is delivering at or above what we thought were really high expectations. […] We see a systemwide opportunity too with possible revenues north of $100 million. This is going to have a very meaningful impact for us.”