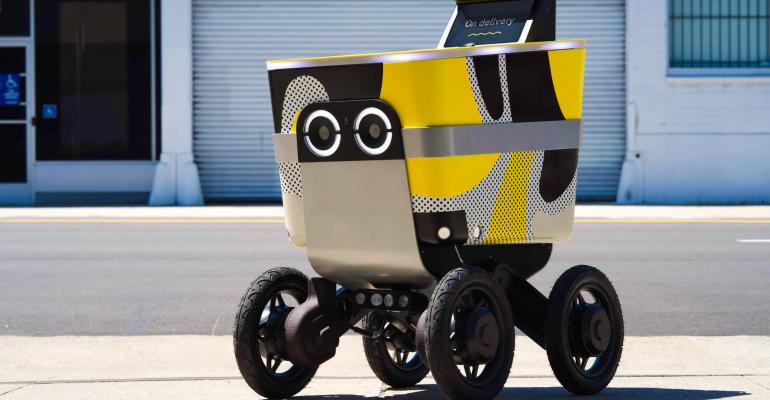 Uber ramps up automation innovation; Jack in the Box and Jersey Mike’s join the automation party

If you’re in the restaurant industry and have not yet invested in AI and/or automation, then you are falling behind. Even though most food deliveries are still completed by humans and the sidewalks aren’t (yet) filled with autonomous robots dropping off our lunches, or even our dry cleaning, the industry is heading toward a more automated space.

This month, we saw a lot of movement in the human-free service space, from Uber announcing an automated delivery pilot program, to Jack in the Box partnering with Miso Robotics, and Jersey Mike’s gearing up to deliver subs via Flytrex drone.

The service also unifies all ordering channels in one place to make consolidation between first and third-party orders easier. A performance center feature lets restaurants know which items are selling best and provides recommendations based on performance to increase profits.

As restaurant tech stacks and omnichannel capabilities grow, one of the largest questions remains: how do we get all of these bells and whistles to speak the same language? Tech companies are on the case, and both Lunchbox and Nextbite have recently announced solutions to improve consolidation and integration for off-premises capabilities.

First up is Lunchbox, which just launched Lunchbox Rails: an integrations system that can consolidate in-house and third-party delivery orders into the restaurant’s POS system. Lunchbox is charging restaurants a flat fee for this service, which also lets operators edit menus and business hours across platforms, set unique prices on different delivery services, and throttle deliveries on a store-by-store basis.

“Restaurants need to make quick changes, keep track of orders, and manage everything in one place,” Nabeel Alamgir, co-founder and CEO of Lunchbox said in a statement. “We’ve created the solution that eases the pain that all operators are experiencing today by streaming in-store operations and reducing tablet hell.”

Nextbite Reconciliation launched a consolidation solution this month that tackles the financial services side of third-party delivery. The solution takes all of an operator’s delivery service transactions and consolidates them into a single unified financial statement.

“With our new solution, restaurants have full visibility into a restaurant’s off-premises business, and it eliminates the possibility of manual error, delivering high degrees of accuracy for grouping and reconciling large volumes of DSP transactions,” Alex Canter, CEO of Nextbite said in a statement.

Uber announced a host of new products and services this week, the most notable of which is two robot delivery pilot programs in Los Angeles.  The program will have two AI vehicles: a sidewalk robot in partnership with Serve Robotics for short distances, and electric autonomous vehicles from Motional that can handle longer-range deliveries. If all goes well, the pilot could expand to other Uber regions.

Miso Robotics announced its latest operator partnership this month with Jack in the Box, which will begin deploying Flippy 2 (the robotic fry cook) and Sippy, the automated beverage dispenser at one of its standalone locations.

Jack in the Box decided to move forward with this partnership as labor issues still continue.

"This collaboration with Miso Robotics is a steppingstone for our back-of-house restaurant operations,” Tony Darden, COO of Jack in the Box said in a statement. “We are confident that this technology will be a good fit to support our growing business needs with intentions of having a positive impact on our operations while promoting safety and comfort to our team members.”

In other automation news, Jersey Mike’s is now delivering sandwiches via drone in partnership with Flytrex in Holly Springs, North Carolina. Flytrex will be able to use drone technology to deliver food in less than five minutes. Previously, Flytrex had announced a partnership with Brinker.

Robots are taking on all sorts of jobs at the front and back of the house, and now Dexai Robotics has debuted Alfred, the robotic sous chef, which uses artificial intelligence to prepare recipes from quick-service restaurants.

Alfred is making his debut at Bonapita in West Roxbury, Mass. Where he will be assembling salads and bowls. Alfred is also partnering with the Department of Defense to install 10 robots in military bases around the country.

“Robots have come a long way from the days of massive, multi-million-dollar machines, and complex, purpose-built installations,” Dexai CEO David Johnson said in a statement. “Not only is Alfred compact and easy to install, but also the cost scales with your business.

Cultivate Next will be solely financed by Chipotle and will support early-stage investments in seed-to-Series B-stage companies. Chipotle has been a leader in technology in recent years, including an investment in Nuro, the driverless delivery vehicle company.

“We are exploring investments in emerging innovation that will enhance our employee and guest experience, and quite possibly revolutionize the restaurant industry,” Curt Garner, Chipotle’s chief technology officer, in a statement.