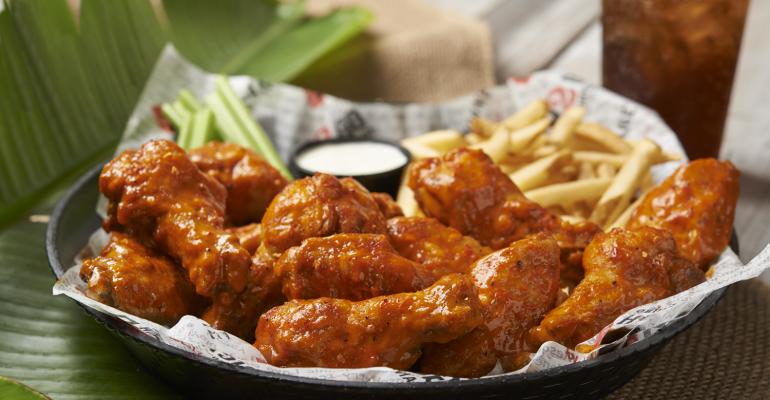 Southern California quick-service institution Fatburger is taking a cue from a handful of virtual kitchens popping up in major metropolitan cities across the country.

The experiment, launched over the summer, allows Fatburger delivery customers in the Los Angeles area to order food from the Hurricane menu. The brand has 55 locations concentrated mostly in Florida and New York but has no restaurants in California. A Chula Vista, Calif. location is in the works, however.

CEO Andy Wiederhorn said the Hurricane menu is only available when customers order Fatburger through third-party delivery companies such as Uber Eats, Grubhub, Postmates and DoorDash. It is not available for dine-in orders.

Launched in 2017, Kitchen United operates its commercial kitchens in Pasadena and Chicago. More locations are scheduled to open soon in Scottsdale, Ariz. and Austin, Texas. Another 13 locations are in the pipeline including kitchen centers throughout the greater New York tri-state area.

Ordermark, which aggregates multiple online ordering services for restaurants, has added a new option for its restaurant clients.

For a fee, Ordermark customers can add Say2eat, which processes consumer orders through social media channels such as Facebook Messenger, left, and Instagram. Say2eat also provides website ordering and a commission-free delivery service. Ordermark declined to reveal the fee to add Say2eat as a tool.

Digital sales: By the numbers

Restaurant digital orders (made through mobile apps, internet, or text message) have grown 23% over the past four years and represent 3.1 billion visits and $26.8 billion dollars, according to market research firm The NPD Group.

By 2020, the firm forecasts digital orders to grow by double-digits through 2020 with growth coming from all channels including delivery and carryout, according to NPD.

Still the market research firm notes that even though foodservice delivery gets a lot of attention, it only represents 3% of industry traffic, which in July accounted for 61 billion visits in the U.S., according to The NPD Group. That’s flat growth compared to last year.