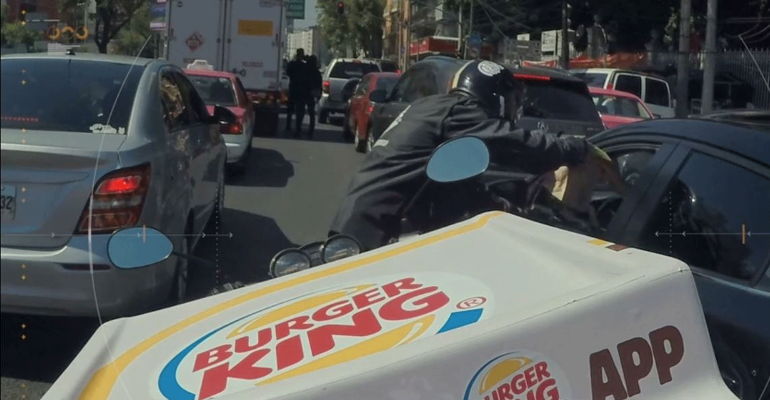 Dubbed The Traffic Jam Whopper, the delivery “on the move” project uses real-time data to target Burger King fans driving along congested roads and highways. Direct-to-car delivery was promoted using push notifications and digital billboards positioned along busy roads during a month-long test of the program in Mexico City.

“Thanks to The Traffic Jam Whopper campaign, we’ve increased deliveries by 63% in selected locations across the month of April, adding a significant amount of orders per restaurant per day, just during rush hours,” he said in a May 10 statement sent to Nation’s Restaurant News. 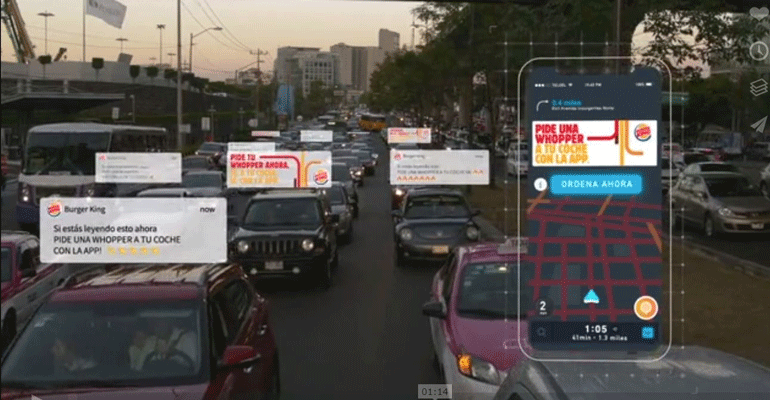 Drivers stuck in bumper-to-bumper traffic are invited to order as they enter a delivery zone, roughly a 1.9-mile radius from the closest Burger King. To ensure safety and avoid tickets, drivers can use voice commands built into the app to make orders. Orders were limited to a Whopper combo meal, which included fries and choice of bottled Pepsi or water. (Limit four)

Digital billboards and banners on the app display information about the progress of orders. A countdown clock teases drivers, telling them how many minutes they have to make orders as their cars move through certain delivery zones.

Once the order is ready, a motorcyclist with a white Burger King-branded container strapped to his bike delivers the meal. Google map technology embedded into the app is used to pinpoint the driver’s exact location.

“We managed to deliver on average in 15 minutes from order to delivery,” Marco Vega, co-founder of We Believers, told NRN.

Burger King said The Traffic Jam Whopper will roll out in other high-density traffic cities, including Los Angeles. The company did not provide a timeline for the rollout, which will offer an expanded menu — not just the Whopper combo meal, Vega said.

“The strong increase in awareness and downloads of our Burger King Mexico app alongside the strong uplift in overall delivery sales is indeed encouraging us to plan to extend the program not only in other busy Mexican cities, but to other megacities like Los Angeles, São Paulo and Shanghai,” Cardinali stated.

But there are countless other small players that, believe it or not, are becoming a thorn on the side of the big guys. One of them is Waitr.

Since Waitr Holdings Inc. went public in late 2018, we’ve learned a lot more about its strategy to dominate in medium and small markets. That reach grew exponentially this quarter thanks to the acquisition of Bite Squad.

The purchase was largely responsible for the company reporting 287% growth in revenue to $48 million compared to $12.4 million in the first quarter of 2018.

The Lake Charles, La.-based company said Bite Squad contributed about $22.9 million to its revenue gains. The delivery brand, whose drivers are W-2 employees not contractors, works with chains and independent restaurants in cities with populations ranging between 50,000 to 750,000. 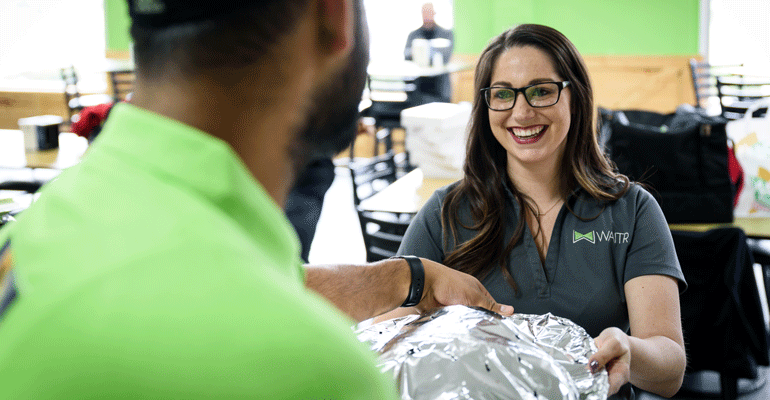 While Waitr has experimented with non-partner restaurants in small tests, the company told NRN that it no longer adds restaurants to its platform without a partnership agreement.

That’s a big distinction as some third-party delivery companies often deliver food from restaurants without consent, especially when they enter new markets. 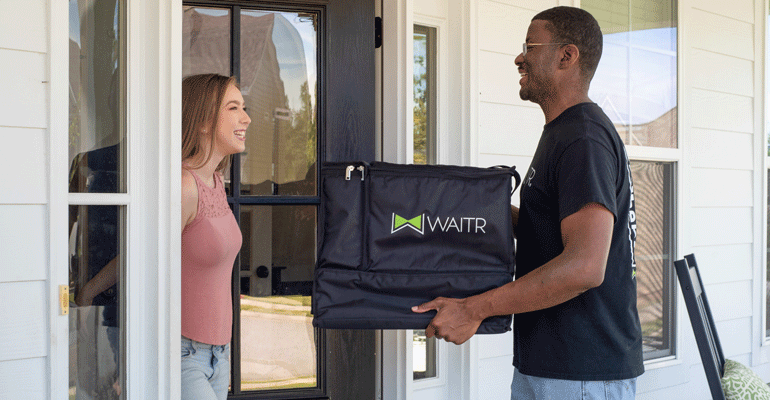 By comparison, Grubhub has 19.3 million active diners, and logs, on average, 521,000 orders a day, according to its latest quarterly results.

Waitr founder and CEO Chris Meaux said Waitr will continue to grow by strategically dominating smaller markets, instead of striving for national scale.

The company reported a quarterly net loss of $24.7 million, or 38 cents a share, compared to a loss of $3.4 million, or 34 cents per share, in the first quarter of 2018. The loss was driven by $6.9 million in one-time expenses tied to the Bite Squad purchase.

Tech Tracker reached out to the sector leaders DoorDash, Grubhub and Postmates for comment. The companies either declined or could not be reached for comment.

ChowNow was founded in 2012, long before the today’s Golden Age of Modern Delivery. It offers online ordering through a restaurant’s Facebook page, its website, Google, a ChowNow-created app, or through the ChowNow website. 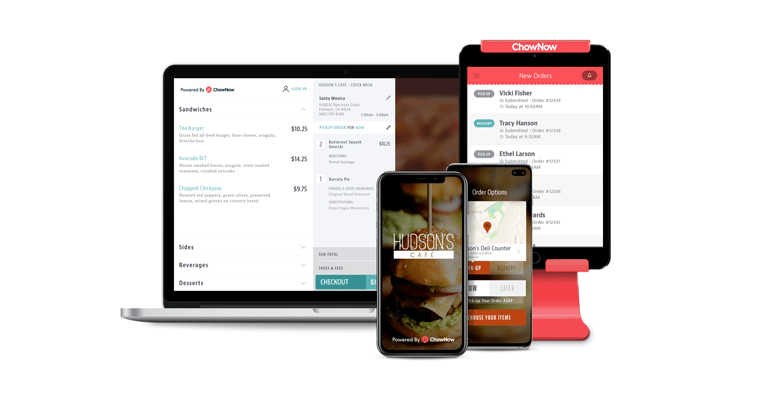 Roughly 60% of its restaurant clients employ their own couriers; the other 40% use delivery companies that charge a flat per mile fee and don’t take a large percentage of the order, the company told NRN.