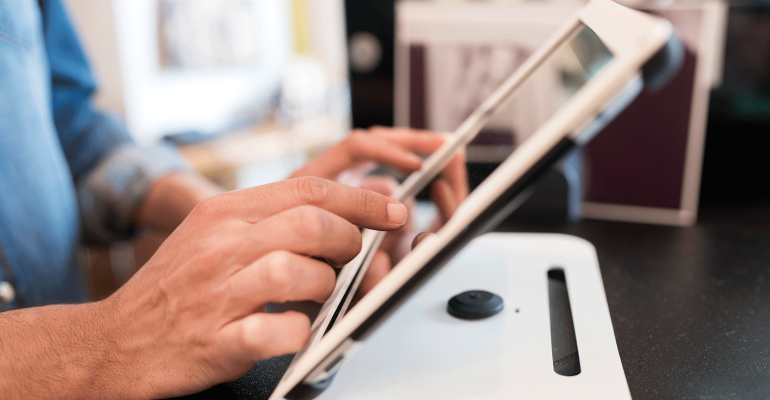 With advanced point-of-sale systems, inventory management software, and reams of information provided by loyalty program members, restaurateurs have access to mountains of data that could help them manage food costs.

But they also work long, hard hours and, even if these operators had backgrounds in data analysis, they wouldn’t have time to sort through all the information.

By focusing on the most crucial numbers, operators can manage their most important costs without suffering from data overload, according to operators and POS service providers.

Sometimes it’s difficult even to make sure that you’re paying the right price for your food, said Jeff Amoscato, vice president of supply chain and menu innovation at Shake Shack.

Even though the New York City-based chain is relatively small, with 83 units, Shake Shack works with a dozen of its main distributor’s warehouses, which don’t manage their inventory using all the same software.

Calculating cost of goods from those distribution centers should be easy: It’s the price of the ingredients plus the distributor’s markup and shipping fees. But sometimes prices are input incorrectly, whether through malfeasance or a simple slip of the fingers, and it can be difficult to track those errors.

“If you have 3,000 restaurants, you might not notice [the error] until 3,000 restaurants have received three or four or five deliveries at the wrong price,” said Alan Smith, vice president of client services for ArrowStream, Shake Shack’s supply chain management firm. The bureaucratic hassle, work hours, and hard feelings with the distributor that come with correcting such errors can be extreme.

“It’s never a comfortable thing to go back to a distributor and say, ‘Hey, you owe me $12 million because the pricing was wrong’,” he said.

Amoscato said Shake Shack began working with ArrowStream last year and started running their software this year. It gives him a single dashboard to see if the numbers make sense and that inventory needs are covered. “We were working off of Excel spreadsheets before and scratching down numbers, and pulling down data from our distributors’ multiple systems,” he said.

Smith of ArrowStream said that over the past few years the focus of companies like his has been less on data collection, which is already well underway, and more toward asking “how do we make it useful for the companies that are collecting the data.”

Part of that shift has been developing dashboards like Shake Shack is using, as well as using “exceptions management” to track outlying numbers that can indicate an incorrectly keyed price, or inventory numbers that are out of synch with sales.

“I always find higher value in seeing actual purchases rather than what the POS rings up,” Amoscato said, because the POS system doesn’t account for waste, theft or miscalculation of a recipe. “Not everything is as straightforward as, buy a bun, sell a bun,” he said, adding that, by seeing variances in purchases and sales, he can pinpoint waste, misuse or theft more quickly.

Yi Chen, vice president of product for Toast, another POS system provider, said tracking theoretical versus actual food cost can be an effective way to pinpoint areas where food theft, spoilage or over-portioning are happening.

For example, one burger restaurant he works with was buying more potatoes than it was selling French fries. By spotting the variance, the restaurant was able to realize that its cooks were over-portioning.

“So they changed the size of the container that they were dumping into the fryer,” Chen said.

However, he said, because there’s so much data provided, it makes sense to focus on the most expensive and fastest moving items, such as seafood or specialty ingredients, rather than, say, peas. “The more data you have, the more opportunities you have to move that product that you’re measuring,” said Rusty Shaffer, director of supply chain for Teriyaki Madness, a 45-unit chain based in Denver. That includes keeping a close eye on the chain’s highest-volume protein, chicken, and monitoring POS data from the supplier Revel Systems to see how sales volume varies from one location to another, allowing him to purchase more accurately and minimize freight costs.

But for many restaurants, actually having accurate sales data, including which customers are buying what, is fairly new, according to Mike Lukianoff, chief analytics officer for Fishbowl Inc., which focuses on data-driven marketing.

That data, now routinely collected by POS systems, doesn’t just include how many burgers and fries are sold, but the total ticket — how often red wine and dessert are purchased together, for example.

Furthermore, by syncing those sales with loyalty program data, they can determine how frequently Millennial mothers are buying chicken salad and, by monitoring how sales are affected by special promotions, whether an offer of a free drink might get them to come back more often.

At the higher end, a steakhouse might find that customers might take advantage of a prix-fixe $50 menu instead of à la carte offerings that would amount to $75 to $100, sensing that they were getting a good deal and knowing they didn’t have to spend more than $50 if they didn’t want to. But, those customers going for the deal might actually end up spending the same amount of money, making up the difference in alcohol sales.

“So what appeared to be a discount in a mix analysis was just giving price certainty to customers, and actually turned out to be more profitable,” he said.

Measuring dishes instead of commodities Don Vlcek, vice president of purchasing and distribution for 819-unit Marco’s Pizza, has long looked at daily, weekly and monthly commodity reports, indicating the likely prices of mozzarella and other important foods for his franchisees.

“Within our industry there is this time lag between when franchisees have to make a decision as to what they are going to feature in the coming months,” he said.

That’s the time it takes to select promotional menu items, determine pricing and get promotional artwork approved. So they have to know well in advance what prices are likely to be so that they don’t promote sausage pizza just as pork prices spike.

Still, Marco’s isn’t selling cheese and sausage, it’s selling pizza, subs, cheesy bread and chicken wings. So it would be better not just to know commodity prices, but also the prices of flour, the ingredients in Marco’s sauces and the four meats used to make its pepperoni.

So Vlcek volunteered to use new software developed by the American Restaurant Association Inc., a supply chain data intelligence organization, that projects an actual menu item’s cost. The software uses a chains contracted prices when available, taking distribution costs into account, and reverts to projected commodity costs for forecasts that extend beyond the life of the contract.

Vlcek provided the formulation for its top 10 selling items — six pizzas, two subs, cheesy bread and wings. He was thorough: He persuaded his vendors to divulge labor costs, packaging, markup etc. In some cases, when his vendors balked, he had them provide that information directly to the ARA without divulging that proprietary information to Marco’s. He included the cost of pizza boxes, dipping sauces and plastic containers.

The ARA then calculated the projected prices. “Now what happens is I can go to our people, which I do every quarter, and show them a spreadsheet, showing them the cost of an order of wings or a pepperoni mushroom pizza and how it is going to go up and down over the rest of the year,” Vlcek said.

The first such report was released at Marco’s convention in April of 2016.

“Our format was like this mass accumulation of data,” Vlcek said, making it less than useful for franchisees.

“Over the course of the year we have cleaned this up,” he said. “We actually tell them, here’s what your food cost percentage is right now, and here’s what it’s going to be in the next four quarters. … I think it’s something that even someone at the store-manager level would completely understand.”

Of course, now that those tools are in place, food prices are more stable than they’ve been in years, “but when something gets volatile we will really be able to boost up the communications and send out alerts and really have powwows with marketing so that they make the proper selections,” he said.

Correction May 18, 2017: This story has been updated with Marco's Pizzeria's current unit count and the correct spelling of Don Vlcek's name.