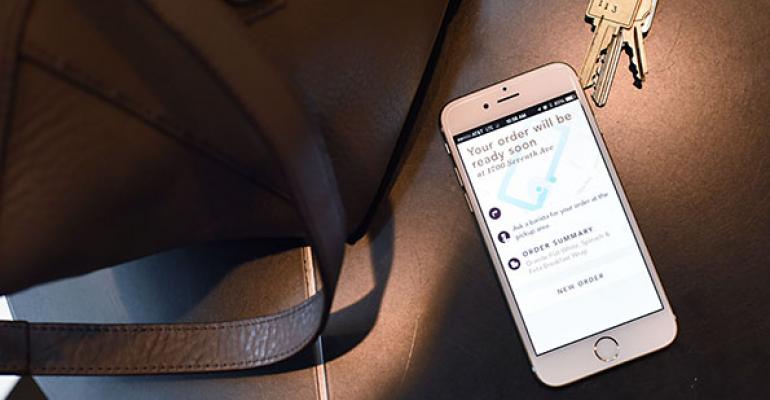 Units in 21 additional states to offer ordering, payment via app

Starbucks Corp. will expand mobile ordering and payment to 21 more states in the southern and central U.S., the company said Tuesday.

The Seattle-based coffeehouse operator debuted mobile ordering and pay-ahead options in Portland, Ore., in December 2014. In March, it expanded the service to more than 650 units throughout the Pacific Northwest, including Washington, Idaho, Oregon and Alaska.

Now more than half of the chain’s company-operated locations across the U.S. allow customers to order and pay ahead, and skip the line at the register. The feature is expected to be available nationwide later this year. Starbucks has about 7,000 company-owned locations in the U.S.

The app is currently only available for iPhone. A version for Android is expected with the national rollout.

Later this year, the company also plans to test delivery in Seattle and New York.

Starbucks officials said phasing in mobile ordering has been seamless for both customers and baristas.

The move comes as a growing number of restaurant chains race to add similar services in the quest to become “on demand” brands, including Taco Bell, Panda Express, Panera Bread and others. This week, Domino’s Pizza Inc. launched ordering by text message or emoji.