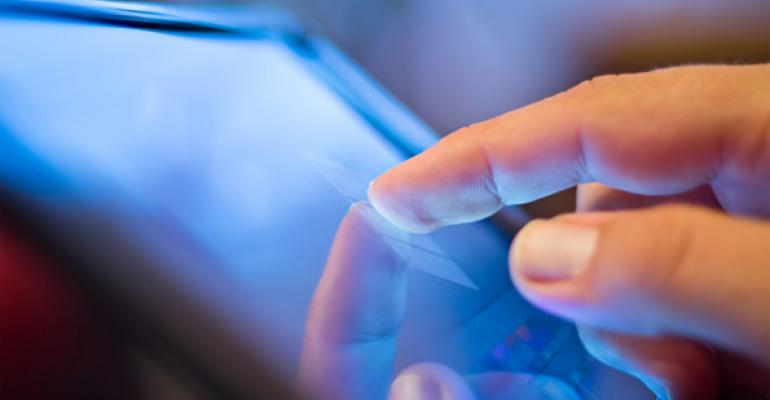 NRN editor and restaurant operations expert Ron Ruggless breaks down what you should be watching in the industry this week. Connect with him on the latest operations trends and news at @RonRuggless and [email protected] RELATED: &bull; Panera to extend upgrades to 300 more units &bull; Mobile pay makes headway in restaurants &bull; More restaurant technology news

This week, St. Louis-based Panera Bread Co. said its new Panera 2.0 technology is allowing it to roll out delivery to 80 percent of its Louisville, Ky., market. And Orlando, Fla.-based Olive Garden, which has never taken reservations, said it was testing online waiting lists at some restaurants in Florida.

“Delivery from quick-service chains is becoming more prevalent, and could continue to do so. In addition to Panera’s actions we’ve seen Burger King doing more with regard to delivery, and of course Starbucks has indicated it intends to test some stuff on this front, too,” Mark Kalinowski, an analyst with Janney Capital Markets, said in a note Monday.

Panera said Louisville, where it launched its new platform earlier this month, will be the bakery-café chain’s first citywide delivery market.

“This is the first time in Panera's history when we've said we're going to deliver to everyone that's within a radius of our cafés," Blaine Hurst, Panera's executive vice president and chief transformation and growth officer, said in a WDRB report.

Hurst, who is the former vice chairman and president of Louisville-based Papa John’s International Inc., said Louisville’s size, with a population of more than 600,000, made it a good candidate for launching the delivery platform.

“I'm from here — or I feel like I'm from here, I lived here longer than I've lived in any other city in my life — we said let's do it in Louisville,” Hurst said.

Hurst told the Louisville Business Journal that the city is a middle market where Panera has good name recognition.

“Top-of-mind awareness is key,” Hurst explained. "I can get more media impressions” in Louisville than in larger, more expensive media markets.

Hurst said longtime Panera units in Louisville now offer delivery and carryout service, but the company has also built two delivery-carryout stores locations. The units are smaller, have little or no seating, and were built as hubs for Panera's catering business and its delivery and pick-up service.

The units cost less to build because they are smaller, Hurst said, adding that delivery could be a "significant" part of Panera's sales.

In another use of technology, Hurst told the Louisville Business Journal that Panera is testing a program in another market where, for a set period of time, it makes video recordings of employees making food. Restaurant managers and executives view the recordings to see if food is being correctly prepared, he said.

Olive Garden, a division of Darden Restaurants Inc., is also tapping into technology with a test of call-in and online check-in waiting lists, the Orlando Sentinel reported.

The casual-dining chain began testing the feature last week at 13 restaurants in Central Florida, which Sentinel reporter Kyle Arnold said was “bucking a long-standing policy at casual-dining eateries that requires guests to wait on site for tables.”

"We want to extend a level of convenience for our guests," said Rich Jeffers, a Darden spokesman. "We'll see how it works and continue to evaluate it over time."

Customers who call ahead can receive a text message when their table is ready.

“Often consumers think of the line, and it's a deterrent to going to a restaurant,” said Darren Tristano, executive vice president of Chicago-based restaurant research group Technomic. “The ability to call ahead sometimes eases the pressure about having to wait.”

Olive Garden customers who call ahead will not have tables held for them and will be skipped in line if they don’t show.

“Since the wait times aren't perfect, customers may also have to wait once they arrive at the restaurant, Olive Garden's website warns,” the Sentinel noted.