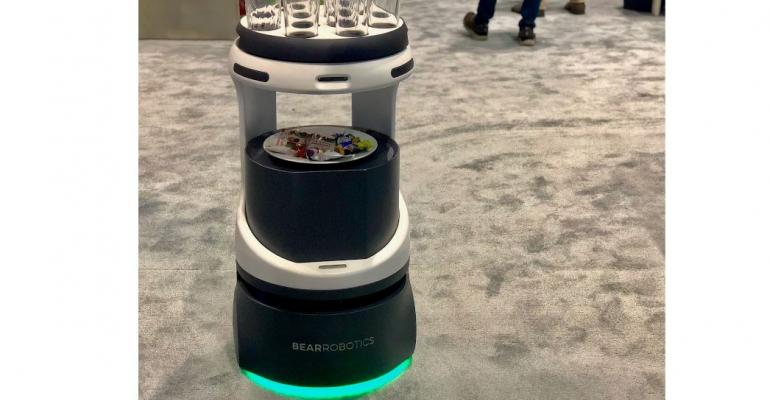 Is Penny, the robot food runner from Bear Robotics, headed for mass production with its $32M investment led by Softbank?

Bear Robotics hopes to mass produce Penny, the robot food runner, after raising $32 million in Series A funding this week.

The round was led by Softbank, which has a reputation for investing in startups that can digitize and disrupt slow industries. The Japanese conglomerate runs the $100 billion Vision Fund. Its restaurant investments, to date, have included robot pizza restaurant Zume; hamburger robotic startup Creator; lab-grown meat maker Memphis Meats; third-party delivery company DoorDash; and ghost kitchen facility Reef Kitchens.

"The food-service industry is an $800 billion industry in the U.S. alone, and we see a tremendous opportunity for Bear Robotics' services to take on the 31% of that industry that consists of ordering, running, and delivering food,” Softbank said in a statement. “We believe that the more partners that adopt Bear Robotics' technology in restaurants and other food service venues, the more they will continue to improve the lives of customers, employees, and owners across the U.S.”

Bear Robotics debuted Penny at the 2018 National Restaurant Association trade show in Chicago. The self-driving robot is engineered to easily navigate a busy dining room, helping servers deliver everything from pizzas to beverages.

Related: Robots rising: The growing role of automation in restaurants

Penny is currently being used at Amici's Pizza in Mountain View, Calif., in banquet rooms in Sunnyvale, Calif., a casino in Los Angeles, a senior living center in Cupertino, Calif., and restaurants and cafés in Tokyo, Japan and Seoul, South Korea.

“Penny has increased servers’ time with customers by an average of 40 percent, and received customer satisfaction reviews of 95 percent. We are working diligently toward mass production of our robots for global chains,” company CEO and founder John Ha wrote in a Medium post this week.